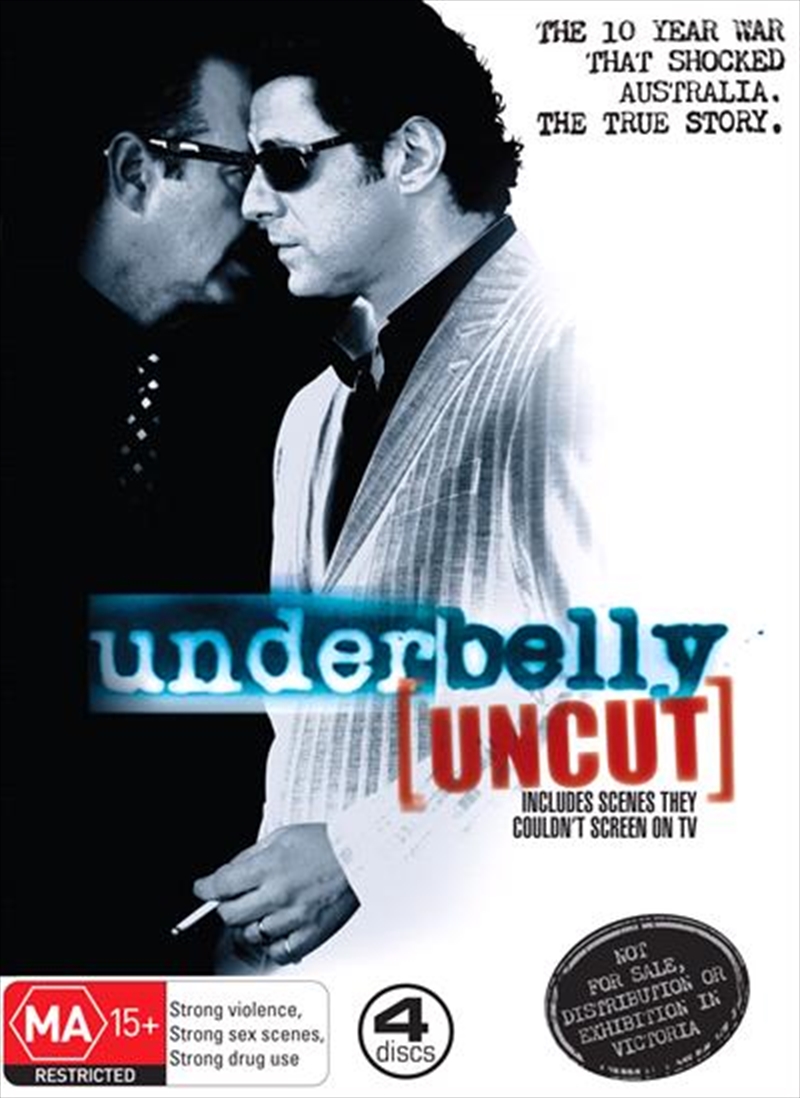 The 10 Year War That Shocked Australia. The True Story.

Never before has one series caused so much controversy. Dark, gritty and based on actual events, it reveals the decade-long war that brought a city to it's knees.It's the real story of Melbournes's underworld killings - told in angry and brutal reality. Hailed by critics and showcasing a steller ensemble cast, this 13-part series - with addional scenes previously cut for TV audiences - will take you on a riveting ride into a world stright from the headlines.
DETAILS