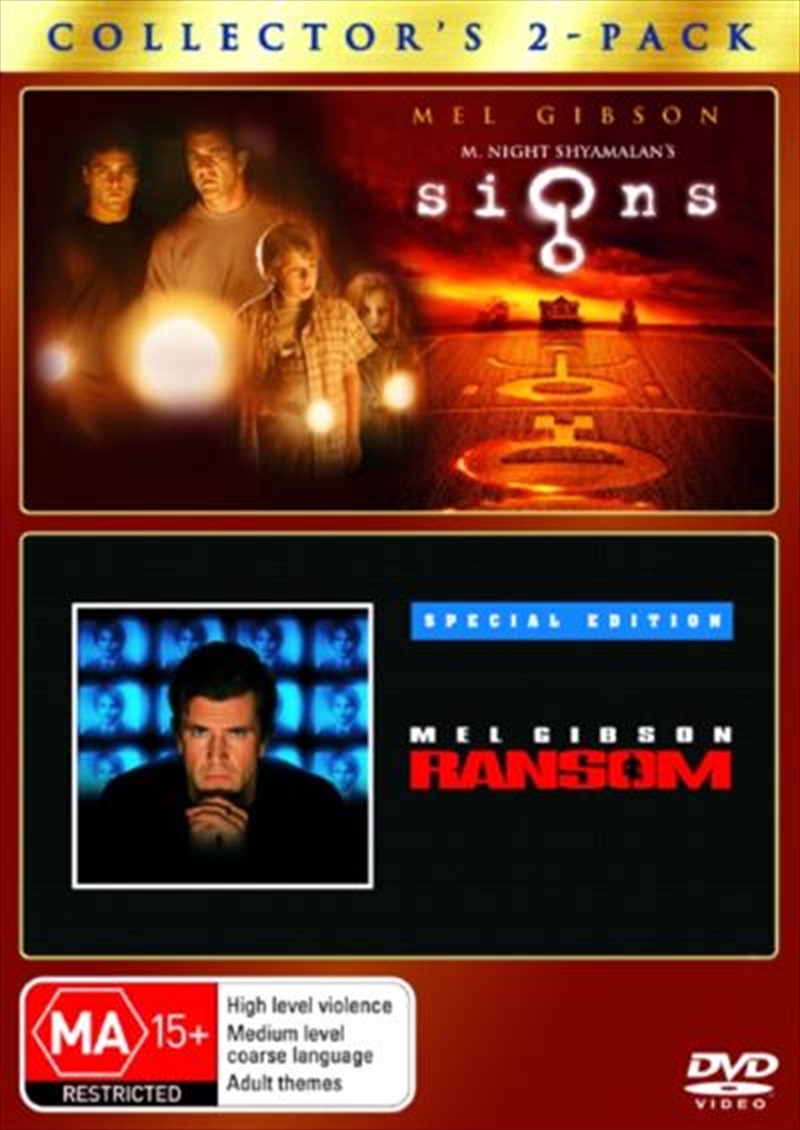 SEE MORE IN:
$10 Movies
DESCRIPTION
It's Not Like They Didn't Warn Us.

From M.Night Shyamalan, the writer/director of the Sixth Sense and Unbreakable, comes the story of the Hess family in Bucks County, Pennsylvania, who wake up one morning to find a 500 foot crop circle in their backyard. Graham Hess (Mel Gibson) and his family are told extraterrestrials are responsible for the sign in their field. They watch, with growing dread, the news of crop circles being found all over the world. Signs is the emotional story of one family on one farm as they encounter the terrifying last moments of life as the world is being invaded.Synopsis - Ransom: Special Edition (1996) A stunning performance by Mel Gibson (Braveheart) adds to the heart-pounding intensity of RANSOM...the explosive thriller that critics called one of the best films of 1996. It's a parent's worst nightmare for business tycoon Tom Mullen (Gibson) as he gazes at a picture of his kidnapped son helplessly bound and gagged. To get his boy back, Mullen and his wife (Rene Russo - The Thomas Crown Affair) agree to deliver a multimillion-dollar ransom to the kidnappers. But after the exchange erupts in a hail of gunfire, Mullen takes one final risk to ensure his child's safety and goes on national television with a shocking proposal. It's a gamble that could cost him his marriage...as well as the life of his son! Acclaimed director Ron Howard (Apollo 13) delivers one surprising plot twist after another in a riveting thriller that will leave you breathless.
TRAILER
DETAILS