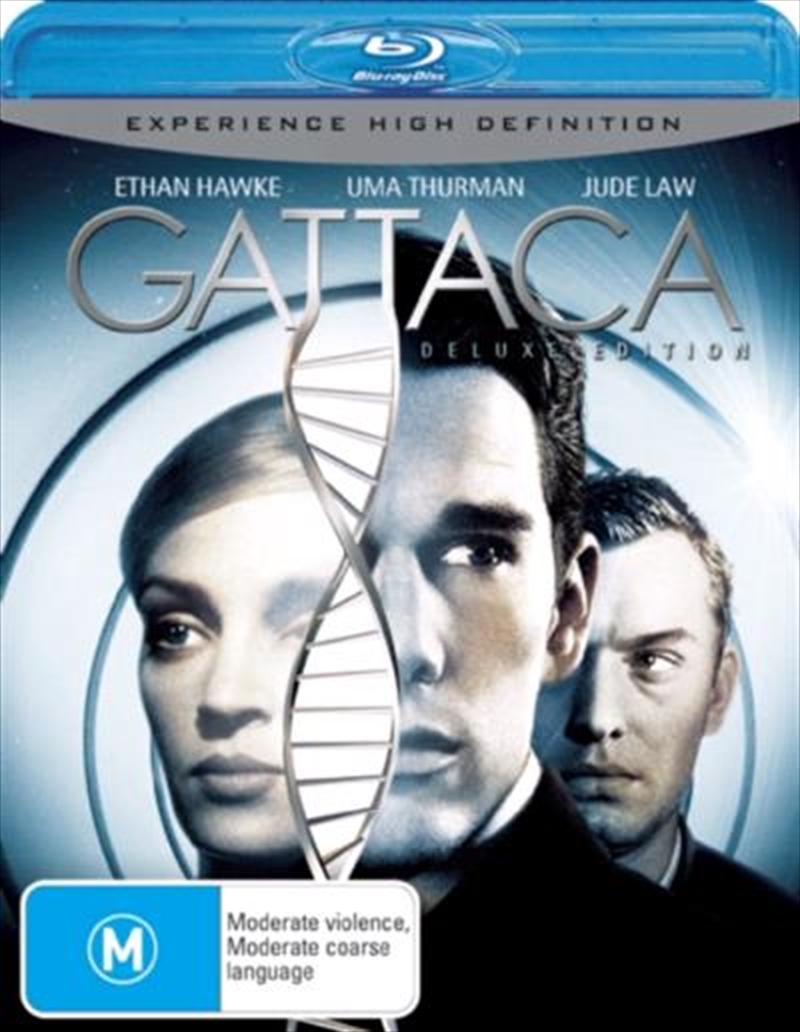 Shipping - See delivery options.
Postcode:
Quantity:
SEE MORE IN:
3 for $20 Movies & More
DESCRIPTION
Ethan Hawke, Uma Thurman and Jude Law headline an impressive cast in this visionary sci-fi thriller from acclaimed director Andrew Niccol.
As one of the last "natural" humans born into a genetically engineered world, Vincent Freeman has none of the "pre-ordered" DNA that will guarantee him success. Desperate to realise his dream of exploring space, Vincent assumes the identity of a genetically superior athlete in order to gain employment at the Gattaca Aerospace Corporation. But when a single cell from any part of his body could betray him, how long can the truth remain hidden when we all shed 500 million cells every day?
TRAILER
DETAILS