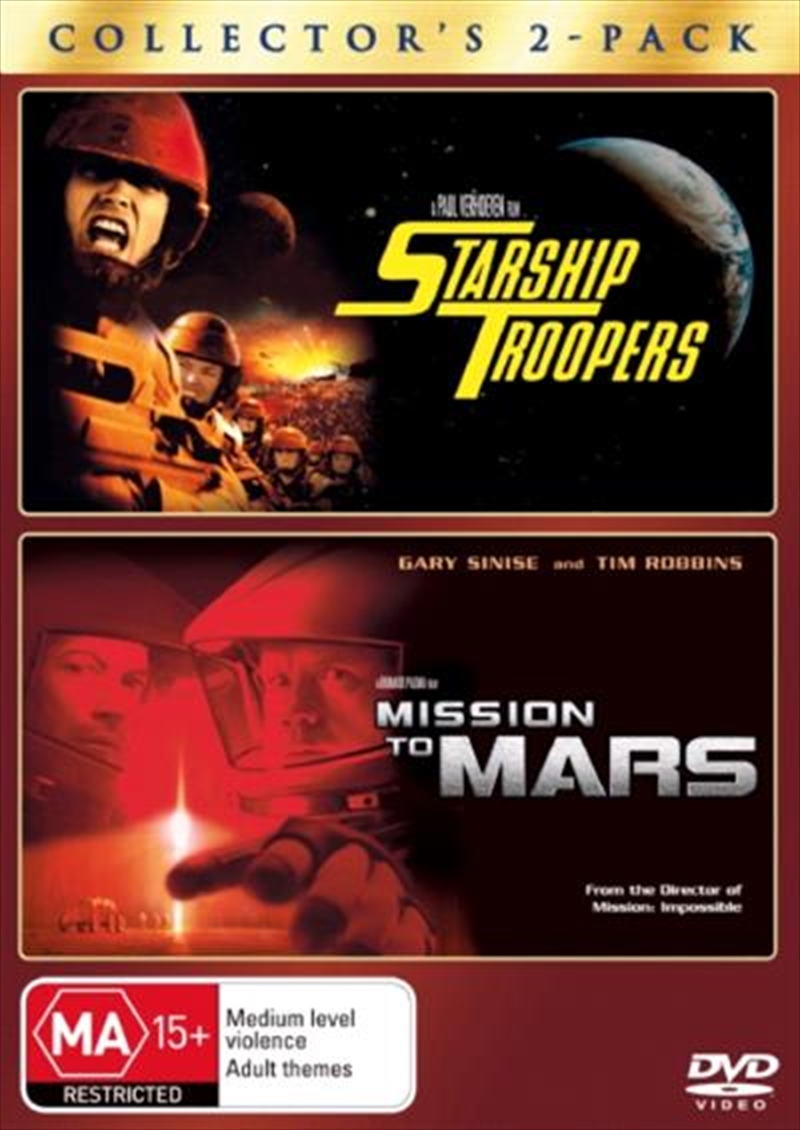 DESCRIPTION
Genocide doesn't compare to this.

The Federation needs you for an urgent do-or-die mission in Starship Troopers, the ultimate sci-fi action thriller from the director of Total Recall...hailed for its mind-blowing special effects and amazing futuristic settings! The new millennium brings man face to face with the deadliest enemy of all...an intelligent race of alien bugs, some thirty feet tall, some that fly and all capable of destroying every living thing on Earth! That's where brave young freedom fighter Johnny Rico comes in. While Johnny trains in an elite infantry unit, his stunning girlfriend Carmen becomes a top fighter pilot - but is seduced by a suave flight instructor! Join their mission to the aliens' home planet where and all-out intergalactic war is about to begin...with mankind on the line. Epic filmmaking and jarring action sequences that put you in the middle of it all make Starship Troopers the definitive space-age adventure thriller in this or any universe!Synopsis - Mission to Mars (2000) From the Director of Mission: Impossible comes the thrilling, eye-popping science-fiction adventure Mission To Mars - starring Gary Sinese (Snake Eyes) and Tim Robbins (The Shawshank Redemption). The year is 2020, and the first manned mission to Mars, commanded by Luke Graham (Don Cheadle, Out Of Sight), lands safely on the red planet. But the Martian landscape harbours a bizarre and shocking secret that leads to a mysterious disaster so catastrophic, it decimates the crew. Haunted by a cryptic last message from Graham, NASA launches the Mars Recovery Mission to investigate and bring back survivors - if there are any. Confronted with nearly insurmountable dangers, but propelled by deep friendship, the team finally lands on Mars and makes a discovery so amazing, it takes your breath away. Mission To Mars is an action-packed rocket ride that will enthrall you with its stunning special effects and keep you on the edge of your seat.
TRAILER
DETAILS