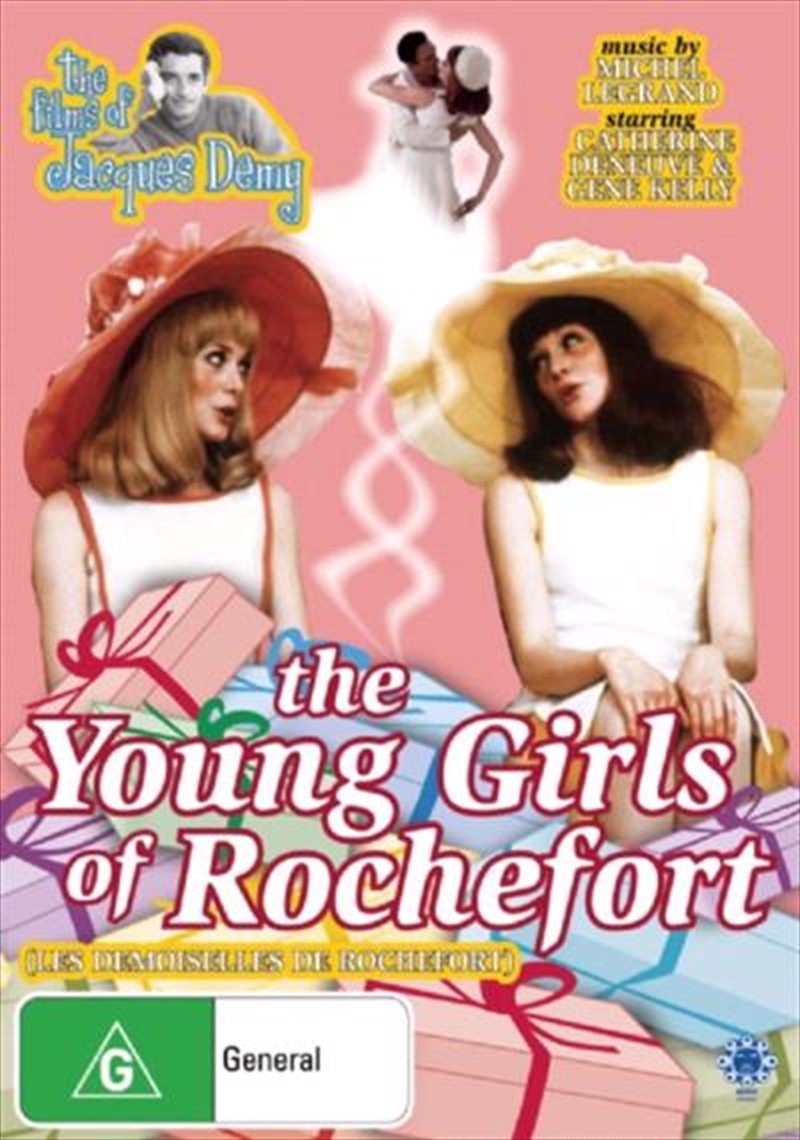 Shipping - See delivery options.
Postcode:
Quantity:
...they're Singing and Dancing in the Streets

In The Young Girls of Rochefort, the follow up to the revolutionary Umbrellas of Cherbourg (1963), director Jacques Demy continues his experiments with narrative and the musical form, as well as his collaboration with composer Michel Legrand. Characters meet, story lines cross, families expand and all is expressed in booming song, exploding color, and elegant choreography. Catherine Deneuve and her real life sister, Francoise Dorleac play sisters who run a music and ballet school and in their spare time seek love and adventure. Their Mother runs a cafe in the Town Square which is the eye of the romantic and dramatic storm that runs through the film.A young sailor mopes at the cafe dreaming of an ideal love, a local music merchant regrets his lost love, a carnival enters town and two of its members convince the sisters to put on a spectacle. Gene Kelley makes an appearance, as do elements from many Hollywood musicals, added in pastiche. As the film reaches a hysterical and breakneck pace, lovers are lost and found, separated and reunited and the glittering, pastel glamour of the town of Rochefort plays a starring role. Love's endurance and the persistence of chance reign as the ridiculous and the sublime combine to create a cinematic experience unlike any other.