They're A Weird Mob 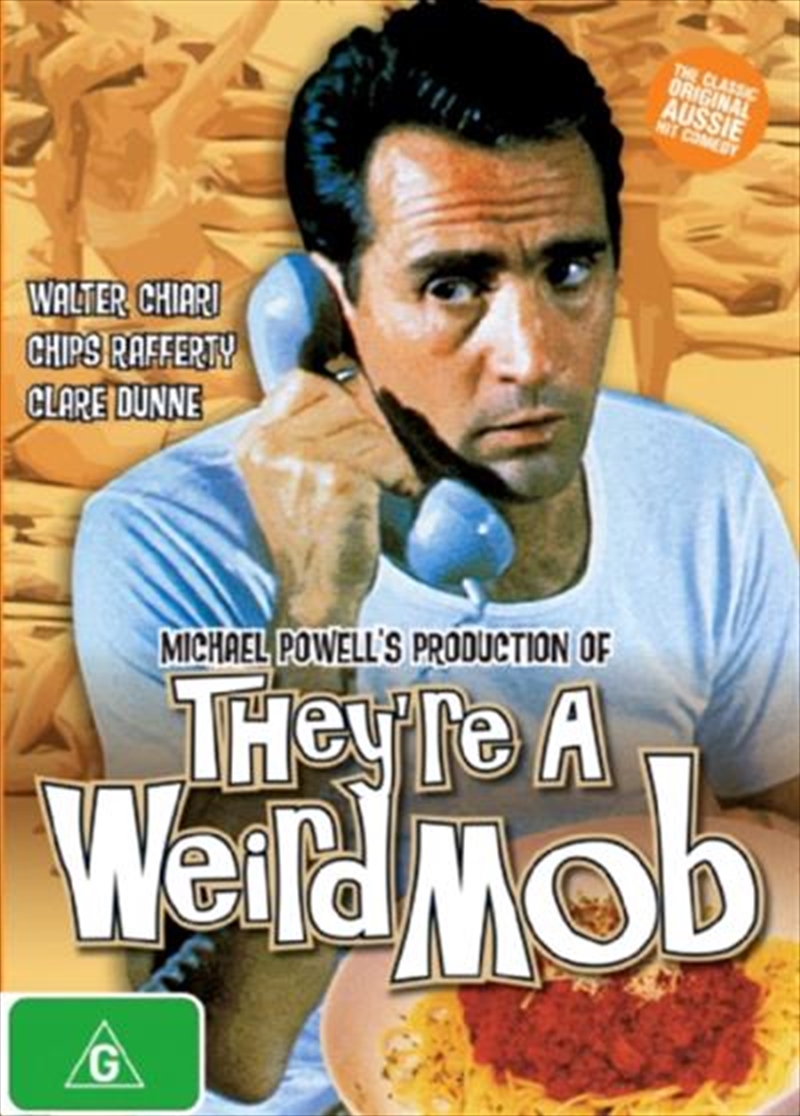 They're A Weird Mob

Shipping - See delivery options.
Postcode:
Quantity:
SEE MORE IN:
4 for $50 DVD, Blu-ray & More Cant Seem To Stream
DESCRIPTION
THEY'RE A WEIRD MOB is about Sydney, Weird Australia. In 1965, a sprawling, growing city of three million people. Easy going, down-to-earth and hilariously funny people. In truth a very weird mob.Into the city and fresh off the boat comes innocent, Italian immigrant Nino Culotta who soon finds his promised sportswriter's job has vanished along with his bankrupt cousin and sponsor. A job as a builder's labourer comes his way and Nino quickly gets an education in how to be a fair dinkum Aussie, one of the "weird mob" with their outlandish language and strange ways.Brought to the screen by the esteemed British producer-director Michael Powell ("The Red Shoes"), with a screenplay by his long-time collaborator Emeric Pressburger (under the pseudonym Richard Imrie), THEY'RE A WEIRD MOB stars versatile Italian actor Walter Chiari as "Nino" together with a who's-who of 1960's Australian show-biz legends including Chips Rafferty, Ed Devereaux, Slim DeGrey, John Meillon, Tony Bonner, Jeanie Drynan, Barry Creyton, Charles Little, Anne Haddy and Graham Kennedy.
DETAILS

Title: They're A Weird Mob