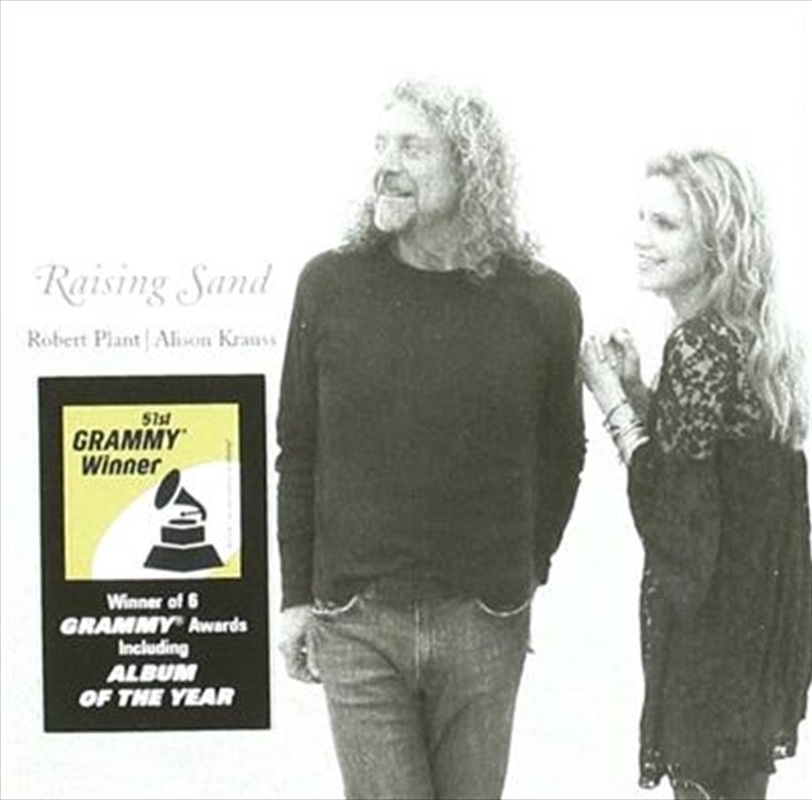 Plant is quick to define Raising Sand as more a band record than a duet record, as it puts the two great singers in a variety of vocal and instrumental combinations - from songs featuring two-part brother-style harmony throughout to solo features for each. Though they come from entirely different traditions, Alison Krauss and Robert Plant create an amazing, unexpected, and entirely new sound when they sing together.

The material, ingeniously chosen by Burnett with input from Plant and Krauss, is the crucial thread that guides Raising Sand and gives the two unique singers a forum to interact and equally express themselves. The songs range from modern to classic, consisting mostly of lesser-known material from a wide spectrum of great blues, R&B, country, and folk songwriters - Tom Waits, Gene Clark, Little Milton Campbell, Mel Tillis, Townes Van Zandt, Doc Watson, Phil and Don Everly among them. They also recorded the Robert Plant/Jimmy Page song "Please Read the Letter," from the 1998 album Walking Into Clarksdale. "You've got two singers that can handle a wide range of material - storytellers," explains Burnett. "So you look for the stories..." Krauss explained that the genesis of Raising Sand came about seven years ago, when Plant called to say hello and that he'd love to work with her someday. A few years later, Plant made good on his word and called Krauss about participating in a Leadbelly tribute at the Rock and Roll Hall of Fame, where they sang together for the first time. The collaboration revealed instant potential to the pair, and several years later they enlisted Burnett to help them realize a more full-scale collaboration.
DETAILS

Sister Rosetta Goes Before Us

Stick With Me Baby

Let Your Loss Be Your Lesson