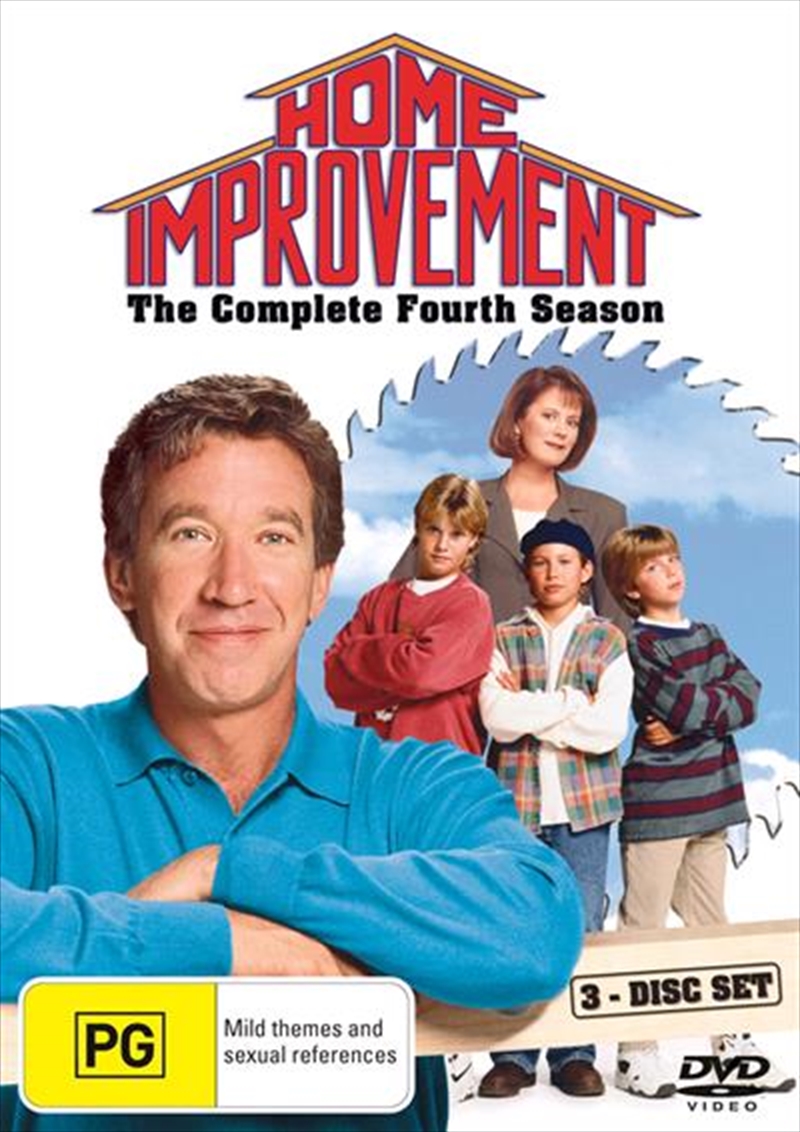 Shipping - See delivery options.
Postcode:
Quantity:
SEE MORE IN:
3 for $30 TV
&lt;H3&gt; Home Improvement Season 4 DVD - On Sale Now With Fast Shipping&lt;H3&gt;
Power up for season four of the Emmy(R) Award-winning hit comedy HOME IMPROVEMENT! Tim Allen is back as Tim "The Tool Man" Taylor, a loving husband and father who spends his days as the accident-prone host of the popular television show "Tool Time." The fourth season fires on all cylinders, earning five Emmy(R) Award nominations, including Outstanding Comedy Series and Outstanding Lead Actress in a Comedy Series (Patricia Richardson). The laughs are hammered home for all 26 episodes of this hilarious collection. Season Four contains some of the most memorable moments ever as Jill returns to college, Al is named one of Detroit's Most Eligible Bachelors, and Wilson goes on his first date in 20 years! Featuring guest appearances by Dave Chappelle, Michelle Williams, Jay Leno, and Lucy Liu, this collection is an absolute must own for any HOME IMPROVEMENT fan.

Back in the Saddle Shoes Again

The Eyes Don't Have It

Let's Go to the Videotape

My Dinner with Wilson

'Twas the Night Before Chaos

The Route of All Evil

Brother, Can You Spare a Hot Rod?

Bachelor of the Year