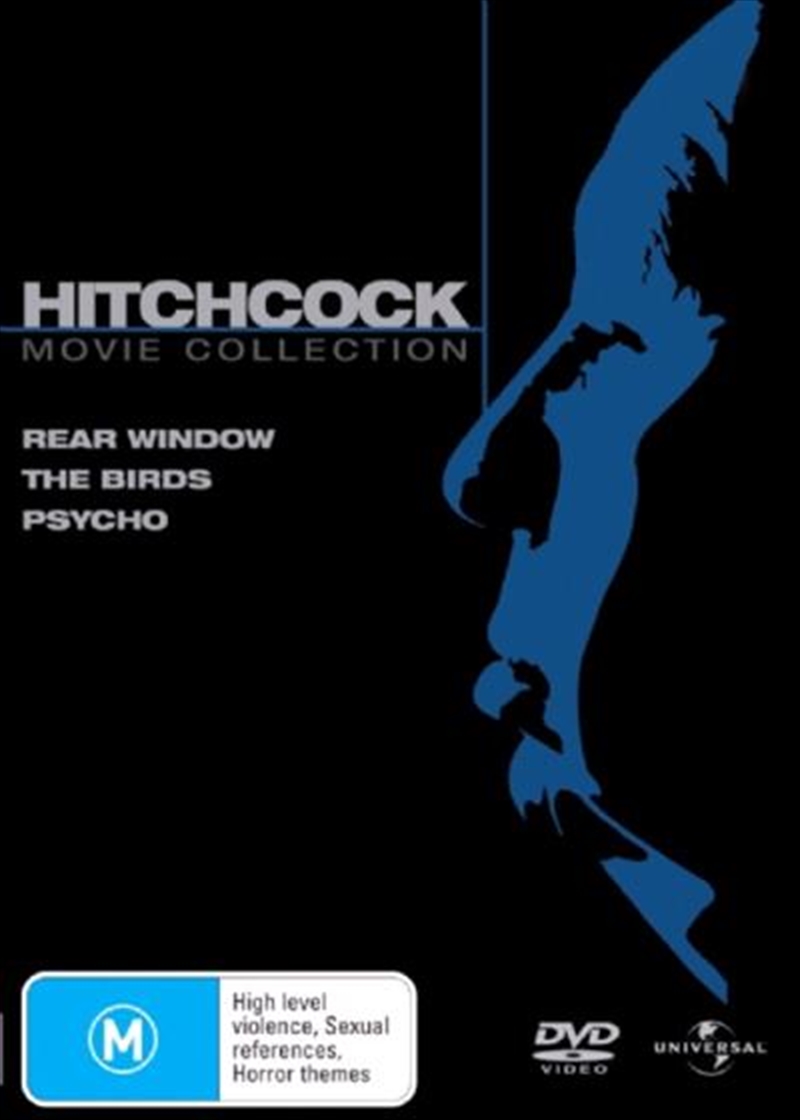 Synopsis - Rear Window (1954) None of Hitchcock's films has ever given a clearer view of his genius for suspense than Rear Window. When professional photographer J.B. "Jeff" Jeffries (James Stewart) is confined to a wheelchair with a broken leg, he becomes obsessed with watching the private dramas of his neighbours play out across the courtyard. When he suspects a salesman may have murdered his nagging girlfriend, Jeffries enlists the help of his glamorous socialite girlfriend (Grace Kelly) to investigate the highly suspicious chain of events... Events that ultimately lead to one of the most memorable and gripping endings in all of film history.Synopsis - Psycho (1960) Alfred Hitchcock's landmark masterpiece of the macabre stars Anthony Perkins as the troubled Norman Bates, whose old dark house and adjoining motel are not the place to spend a quiet evening. No one knows that better than Marion Crane (Janet Leigh), the ill-fated traveller whose journey ends in the notorious shower scene. First a private detective (Martin Balsam), then Marion's sister (Vera Miles) search for her as the horror and suspense mount to a terrifying climax where the mysterious killer is finally revealed.
TRAILER
DETAILS