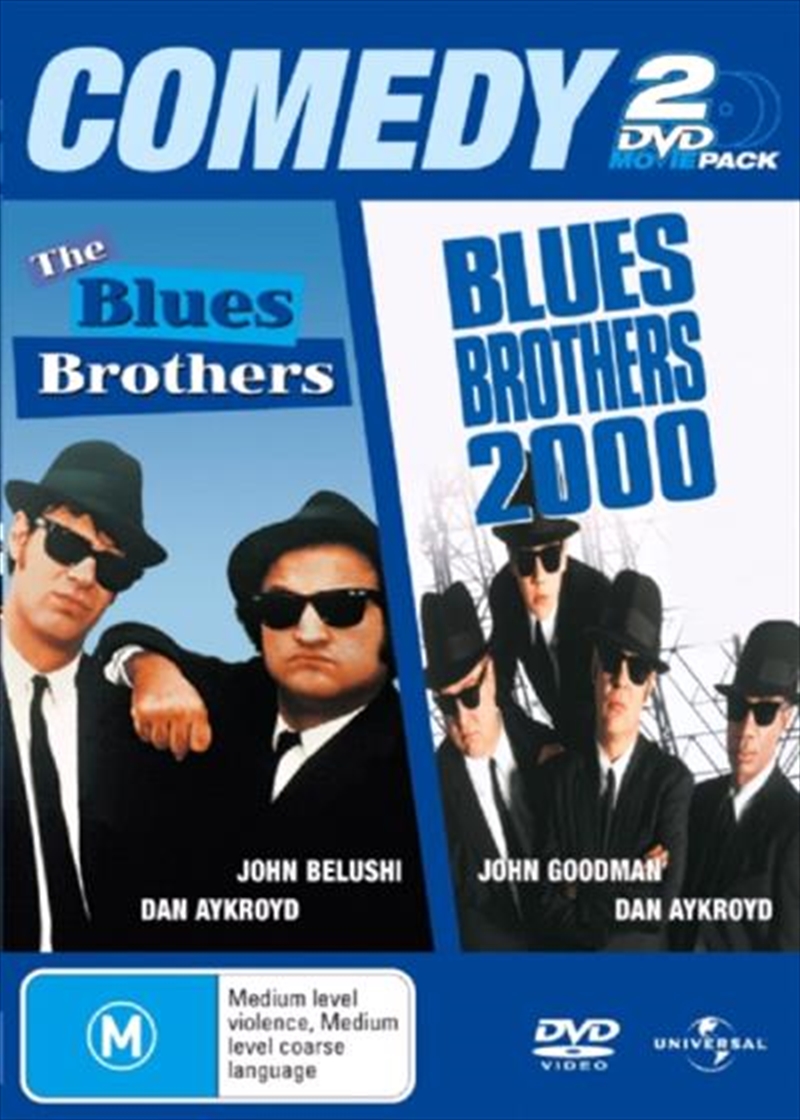 Shipping - See delivery options.
Postcode:
Quantity:
SEE MORE IN:
3 for $30 Movies & More
DESCRIPTION
They'll never get caught. They're on a mission from God.

The Blues Brothers: After the release of Jake Blues (John Belushi) from prison, he and brother Elwood (Dan Aykroyd) go to visit the orphanage where they were raised by nuns. They learn that the Church stopped its support and will sell the place to the education authority, and the only way to keep the place open is if the tax on the property is paid within 11 days. The brothers want to help, and decide to raise money by putting their blues band back together and staging a big gig. They may be on a mission from God, but they're making enemies everywhere they go. Blues Brothers 2000: Eighteen years after the brothers' original "mission from God", Elwood Blues is getting out of prison and discovering that much has changed in the time he's been away. His partner Jake is gone, his band is no longer together and the orphanage where he grew up has been demolished. Elwood soon realizes that he must embark on a whole new mission to reassemble the old band, this time with the help of a soulful bartender (John Goodman), and compete at Queen Moussette's Battle of the Bands while setting a wayward orphan named Buster on the path to redemption.
DETAILS