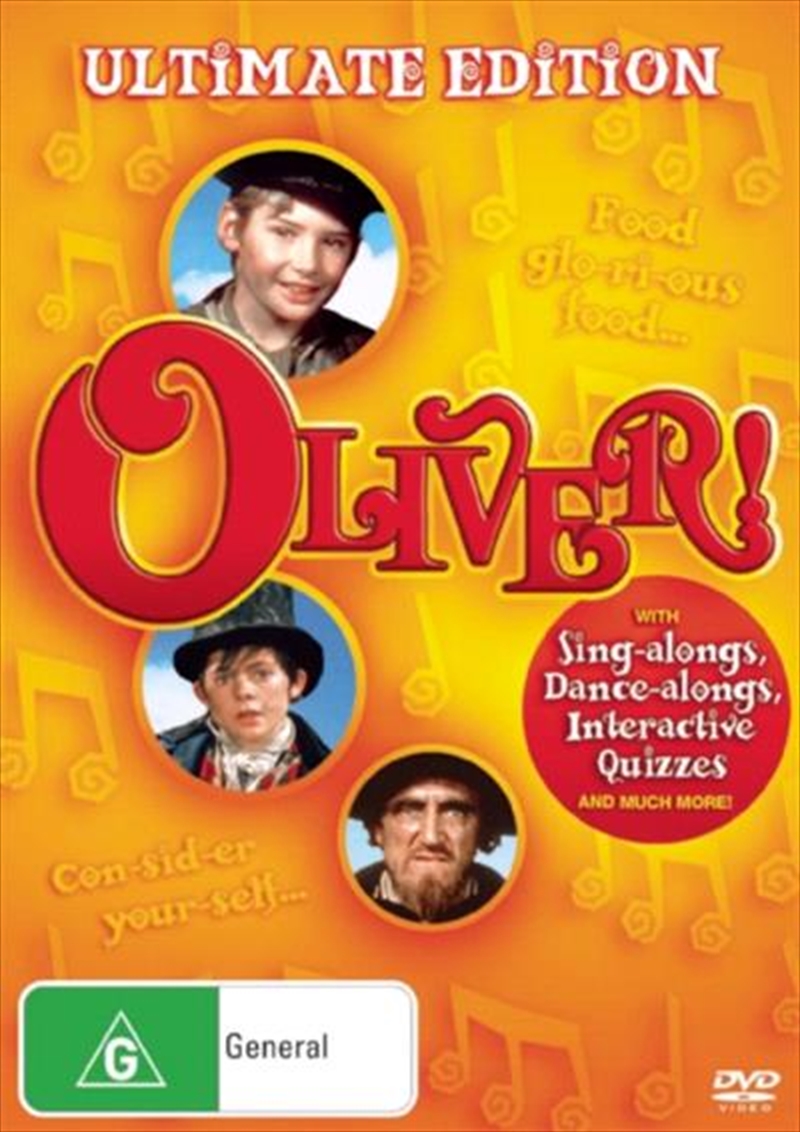 Experience the high-spirited adventures of Oliver Twist in the Oscar-winning musical adaptation of Charles Dickens' classic tale. Young Oliver (Mark Lester) is an orphan who escapes the cheerless life of the workhouse and takes to the streets of 19th Century London. He's immediately taken in by a band of street urchins, headed by the lovable villain Fagin (Ron Moody), his fiendish henchman Bill Sikes (Oliver Reed) and his loyal apprentice The Artful Dodger (Jack Wild). Through his education in the fine points of pick-pocketing, Oliver makes away with an unexpected treasure... a home and a family of his own.Set to a heartfelt score that includes such favourites as "Consider Yourself", "Where Is Love?" and "As Long As He Needs Me", Oliver! leads us on a journey in search of love, belonging and honour among thieves. Winner of six Academy Awards, including Best Picture and Best Score, Oliver! will steal your heart!