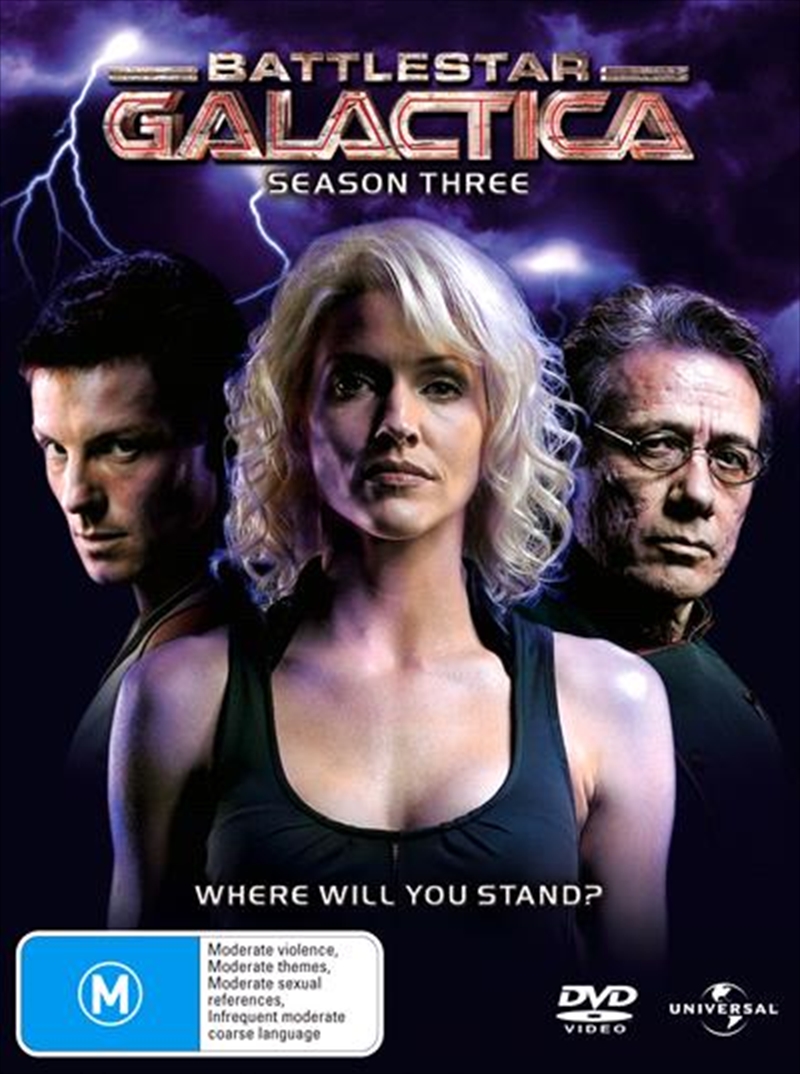 Shipping - See delivery options.
Postcode:
Quantity:
SEE MORE IN:
3 for $40 TV
Where will you stand?

SciFi's greatest TV series blasts on to DVD with Battlestar Galactica Season 3 in Dolby 5.1 Surround Sound! The season opens with the stranded Colonials struggling to survive under the heavy handed Cylon rule on New Caprica. Follow Tigh, Tyrol and Anders as they lead the Resistance with increasing and shocking violence towards the Cylons, and Admiral Adama's personal struggles while leading Galactica to save the survivors, and resume its quest to find Earth. This Season will leave you clinging to the edge of your seat. Will Number Six formulate a truce between the Humans and the Cylons? Who are the "Final Five" and where will they place their loyalties? Who will find Earth first?...Where will you stand?

A Measure of Salvation

The Eye of Jupiter

Taking a Break from All Your Worries

A Day in the Life