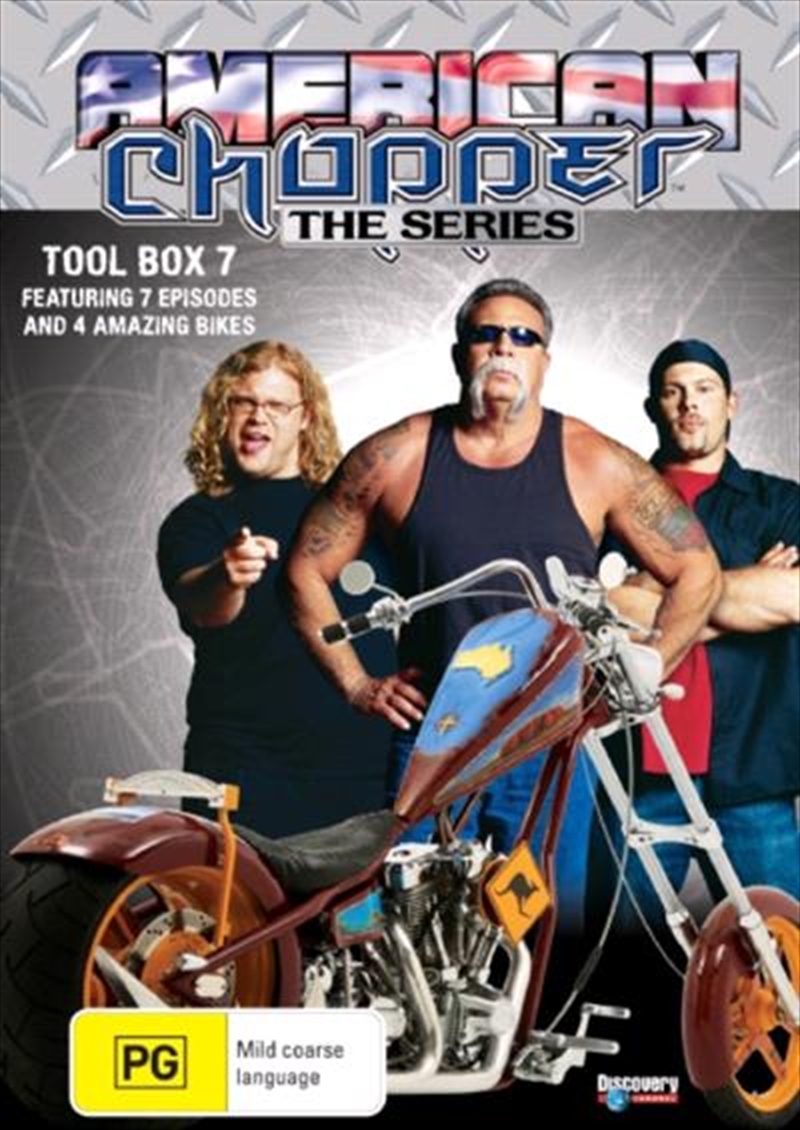 Get back in the saddle with the OCC gang as the Teutuls mount up for more action from Season 4 of American Chopper in the hit series from Discovery Channel. This time around it's another OCC family vacation as the Teutuls go walkabout in the Land Down Under, taking in the sights and meeting Russell Crowe, who asks the guys to build an Australian-themed chopper. Back Stateside, the team must battle the clock to build a dragon-rider chopper inspired by the hit fantasy movie Eragon, while Senior throws down the gauntlet to Paulie, challenging him to another custom bike build-off.