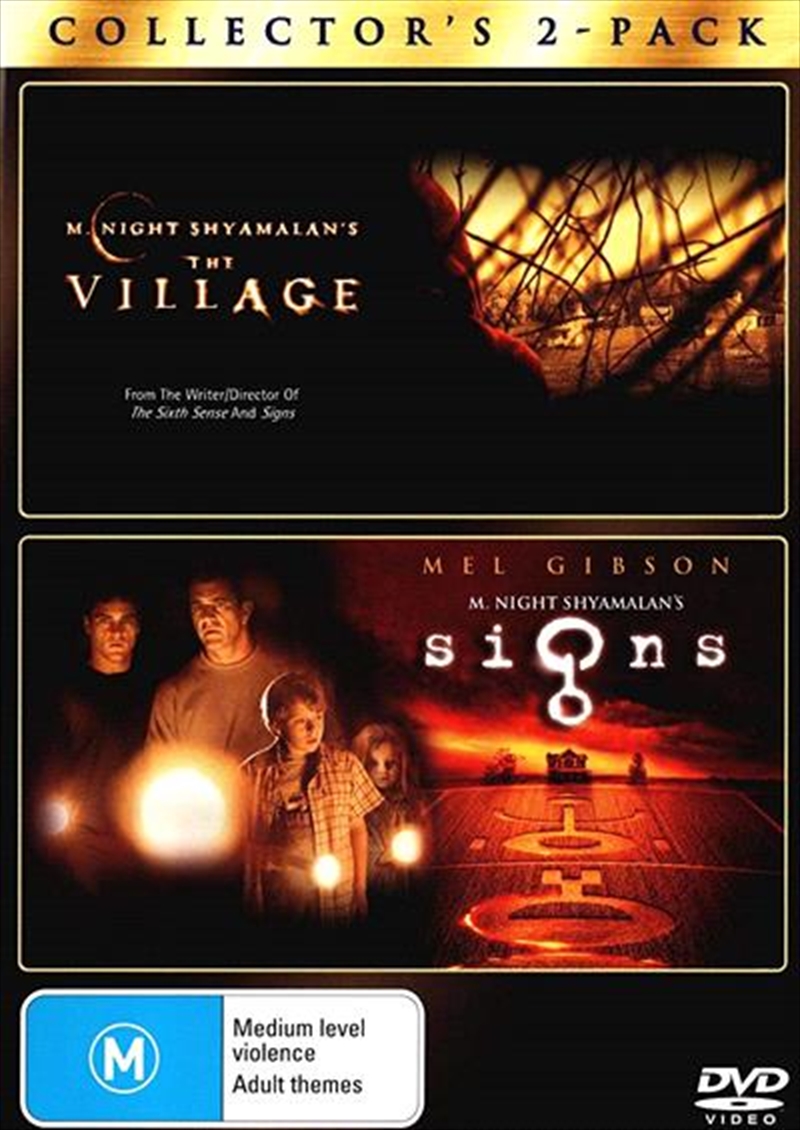 Signs (2002) From M.Night Shyamalan, the writer/director of the Sixth Sense and Unbreakable, comes the story of the Hess family in Bucks County, Pennsylvania, who wake up one morning to find a 500 foot crop circle in their backyard. Graham Hess (Mel Gibson) and his family are told extraterrestrials are responsible for the sign in their field. They watch, with growing dread, the news of crop circles being found all over the world. Signs is the emotional story of one family on one farm as they encounter the terrifying last moments of life as the world is being invaded.
Village, The (2004) In a quiet, isolated village in olde Pennsylvania, there lies a pact between the people of the village and the creatures who reside in the surrounding woods: the townspeople do not enter the woods, and the creatures do not enter the village. The pact stays true for many years, but when Lucius Hunt (Joaquin Phoenix) seeks medical supplies from the towns beyond the wood, the pact is challenged. Animal carcasses, devoid of fur, begin to appear around the village, causing the council of elders to fear for the safety of the village, the pact, and so much more.