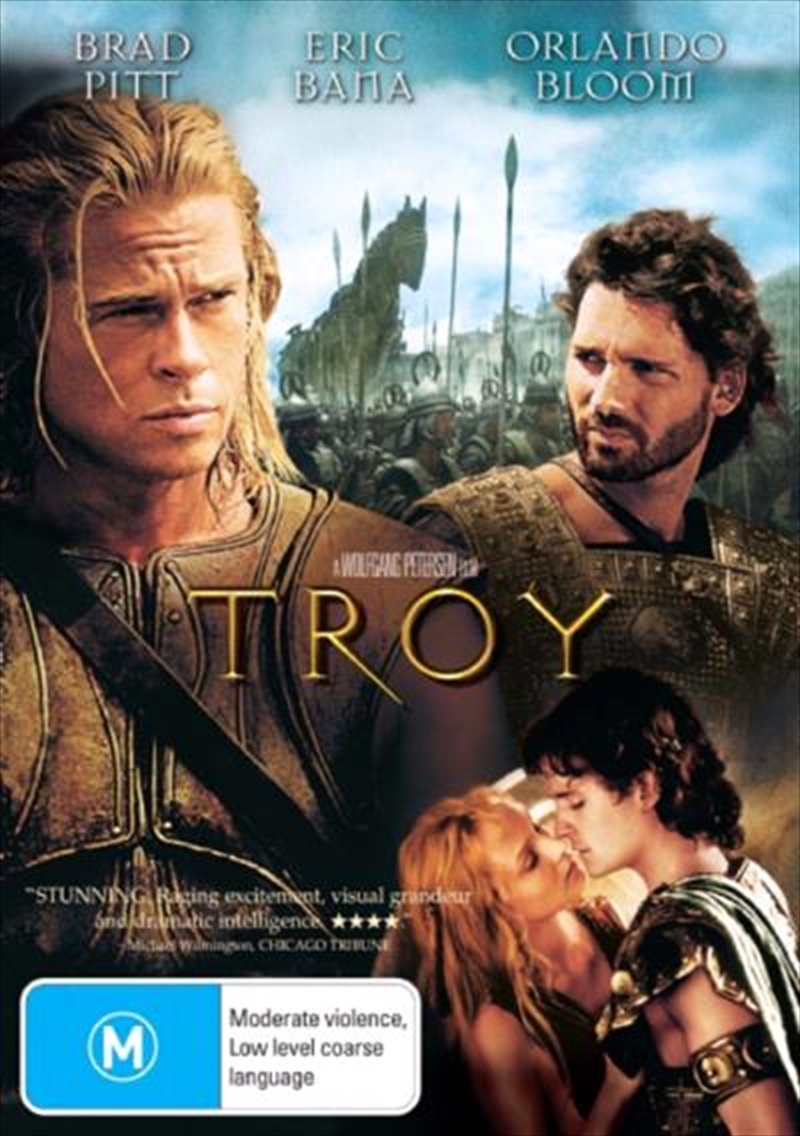 In ancient Greece, the passion of two of literature's most notorious lovers, Paris, Prince of Troy (Orlando Bloom) and Helen (Diane Kruger), Queen of Sparta, ignites a war that will devastate a civilization. When Paris spirits Helen away from her husband, King Menelaus (Brendan Gleeson), it is an insult that cannot be suffered. Familial pride dictates that an affront to Menelaus is an affront to his brother Agamemnon (Brian Cox), powerful King of the Mycenaeans, who soon unites all the massive tribes of Greece to steal Helen back from Troy in defense of his brother's honour. In truth, Agamemnon's pursuit of honour is corrupted by his overwhelming greed - he needs to conquer Troy to seize control of the Aegean, thus ensuring the supremacy of his already vast empire. The walled city, under the leadership of King Priam (Peter O'Toole) and defended by mighty Prince Hector (Eric Bana), is a citadel that no army has ever been able to breach. One man alone stands as the key to victory or defeat over Troy - Achilles (Brad Pitt), believed to be the greatest warrior alive. Arrogant, rebellious and seemingly invincible, Achilles has allegiance to nothing and no one, save his own glory. It is his insatiable hunger for eternal renown that leads him to attack the gates of Troy under Agamemnon's banner - but it will be love that ultimately decides his fate. Two worlds will go to war for honour and power. Thousands will fall in pursuit of glory. And for love, a nation will burn to the ground.