Coyote Ugly/10 Things I Hate About You 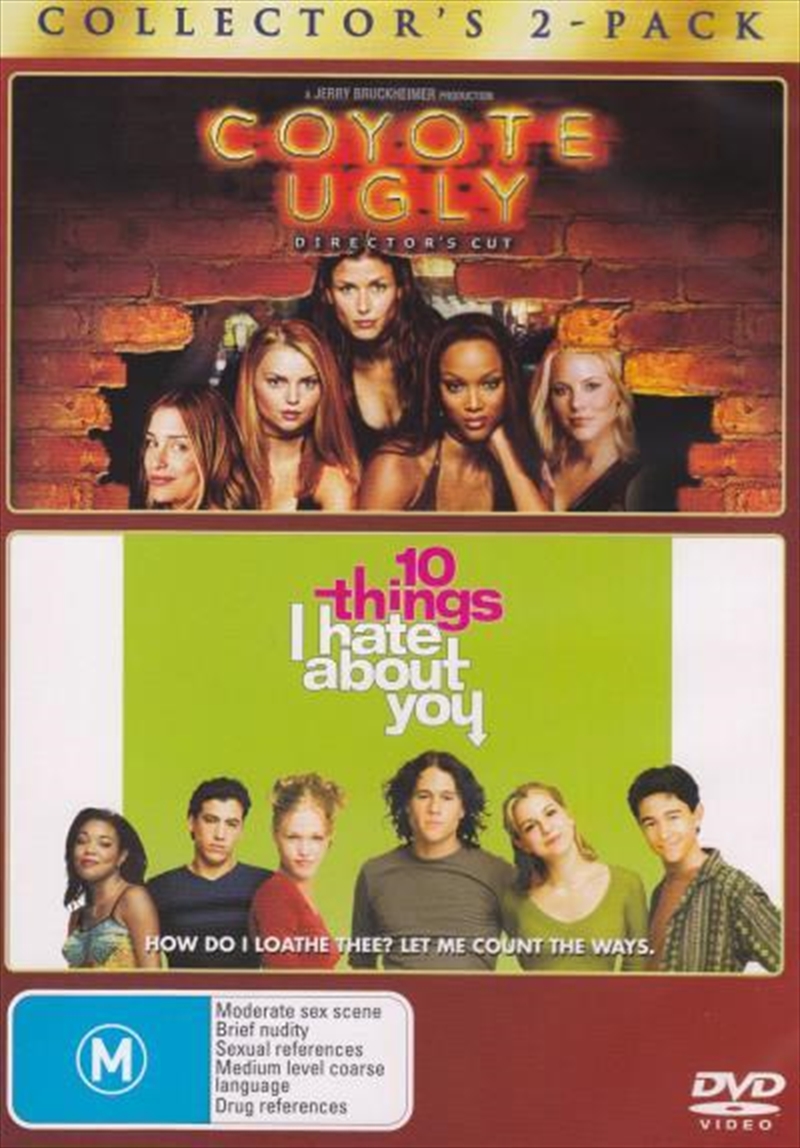 Coyote Ugly/10 Things I Hate About You

Shipping - See delivery options.
Postcode:
Quantity:
SEE MORE IN:
4 for $50 DVD, Blu-ray & More Best Romcoms Movie Collections
DESCRIPTION
Contains:
1. Coyote Ugly: Coyote Ugly is the story of one girl's wild adventures in the big city. Velvet-voiced 21-year-old Violet Stanford heads to New York to pursue her dream of becoming a songwriter. Her aspirations are sidelined by the notoriety she receives at her 'day' job as a barmaid at Coyote Ugly, the hottest spot in town. The club features a team of sexy, enterprising women who tantalise customers and the media alike with outrageous antics.
2. 10 Things I Hate About You: Popular, pretty Bianca Stratford (Larisa Oleynik) is in dilemma. A family rule forbids her from dating until her unpopular, rebellious, boy-hating older sister Kat (Julia Stiles) gets a suitor of her own. In an attempt to win Bianca, a potential boyfriend (Andrew Keegan) desperately attempts to set Kat up with Patrick Verona (Heath Ledger), another rebel whom may just be able to win Kat's heart.
DETAILS

Title: Coyote Ugly/10 Things I Hate About You