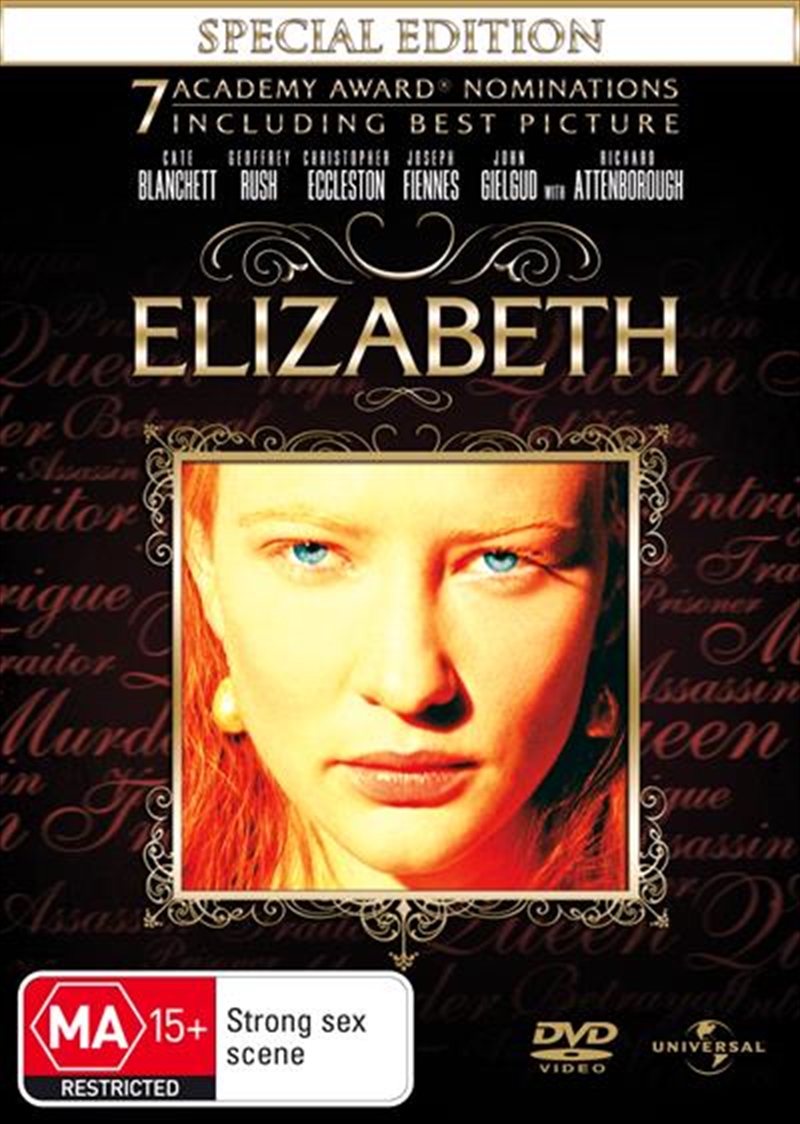 England, 1554. Under the rule of Queen Mary I, a zealous Catholic, England has been reduced to a country racked by financial and religious instability. Now close to death, Mary (Kathy Burke) steps up her policy of protestant repression. Even Princess Elizabeth (Cate Blanchett), her younger sister and heir apparent is in grave danger, but Mary's last ditch attempt to execute her for treason fails. Within days, Mary is dead and Elizabeth is crowned Queen of England, but with enemies and rebellion continuing in her own council she is advised to hit back. She retaliates in a counter-coup of immense ferocity, wiping out all opposition to her leadership. Her throne is finally secure. When Elizabeth next appears in public, she has transformed herself into a legendary Virgin Queen, formidable, untouchable and unbeatable...
DETAILS