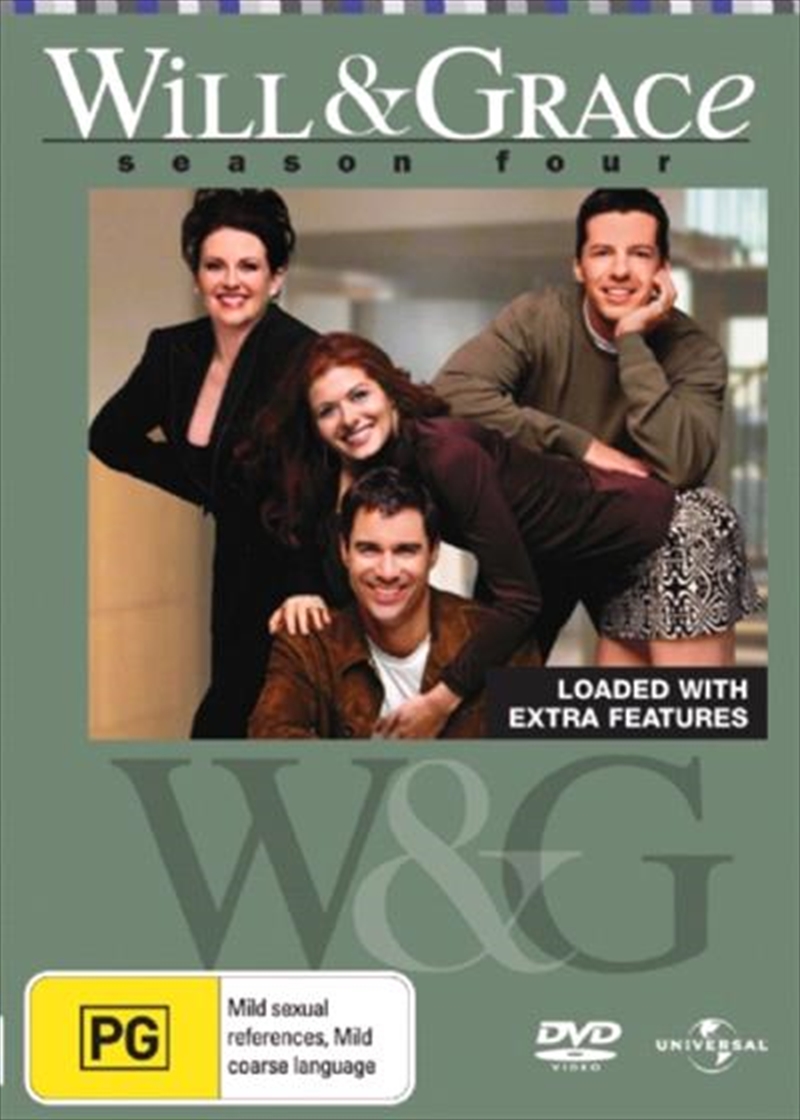 Shipping - See delivery options.
Postcode:
Quantity:
SEE MORE IN:
3 for $40 TV Will and Grace
&lt;H3&gt; Will and Grace Season 4 DVD - On Sale Now With Fast Shipping&lt;H3&gt;
Meet Will and Grace...they're not a couple, they're a couple of best friends.

Will and Grace live together in an apartment in New York. He's a gay lawyer, she's a straight interior designer. Another season full of celebrity guests including Cher, Parker Posey, Michael Douglas and Matt Damon with Woody Harrelson returning as Grace's boyfriend Nathan. Will's parent's relationship changes, Jack finds out he is a father, Karen's husband goes to jail and there is baby talk in the air.

The Third Wheel Gets the Grace

Bed, Bath and Beyond

Grace in the Hole

Dyeing Is Easy, Comedy Is Hard

Something Borrowed, Someone's Due

Went to a Garden Potty

He Shoots, They Snore