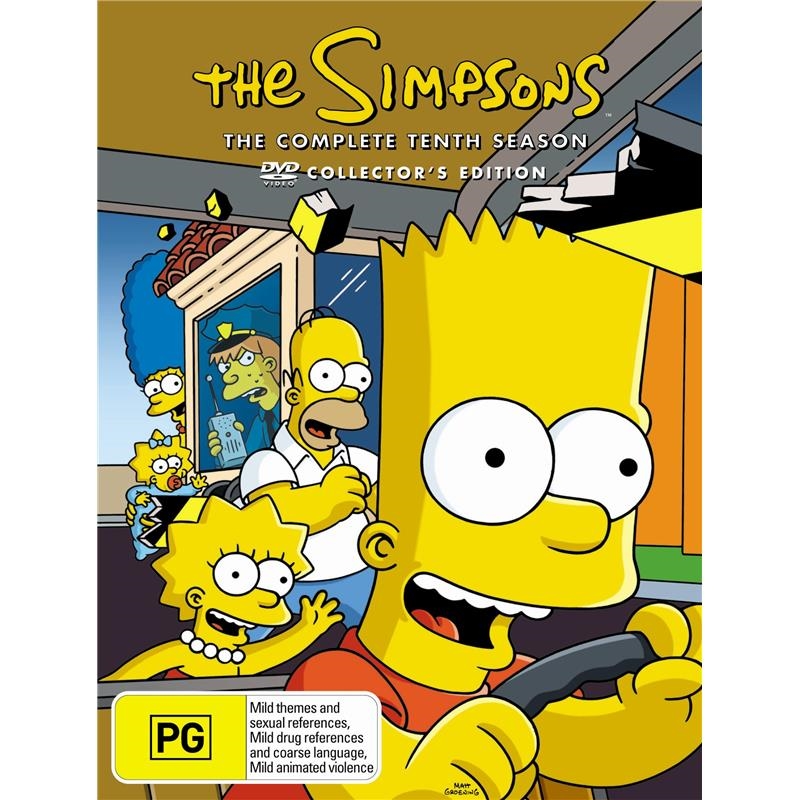 The most dysfunctional family ever is back with the release of Season 10! The laughs keep on coming with classic episodes such as 'Mayored to the Mob', 'The Wizard of Evergreen Terrace', 'Bart the Mother', 'Homer to the Max', and the epic ninth installment of the 'Treehouse of Horror' series! This landmark season also includes 'Simpsons Bible Stories', in which each member of the dysfunctional family puts their own spin on a classic religious tale, and 'Thirty Minutes Over Tokyo', where Homer, Bart, Marge, Lisa and Maggie travel to Japan!