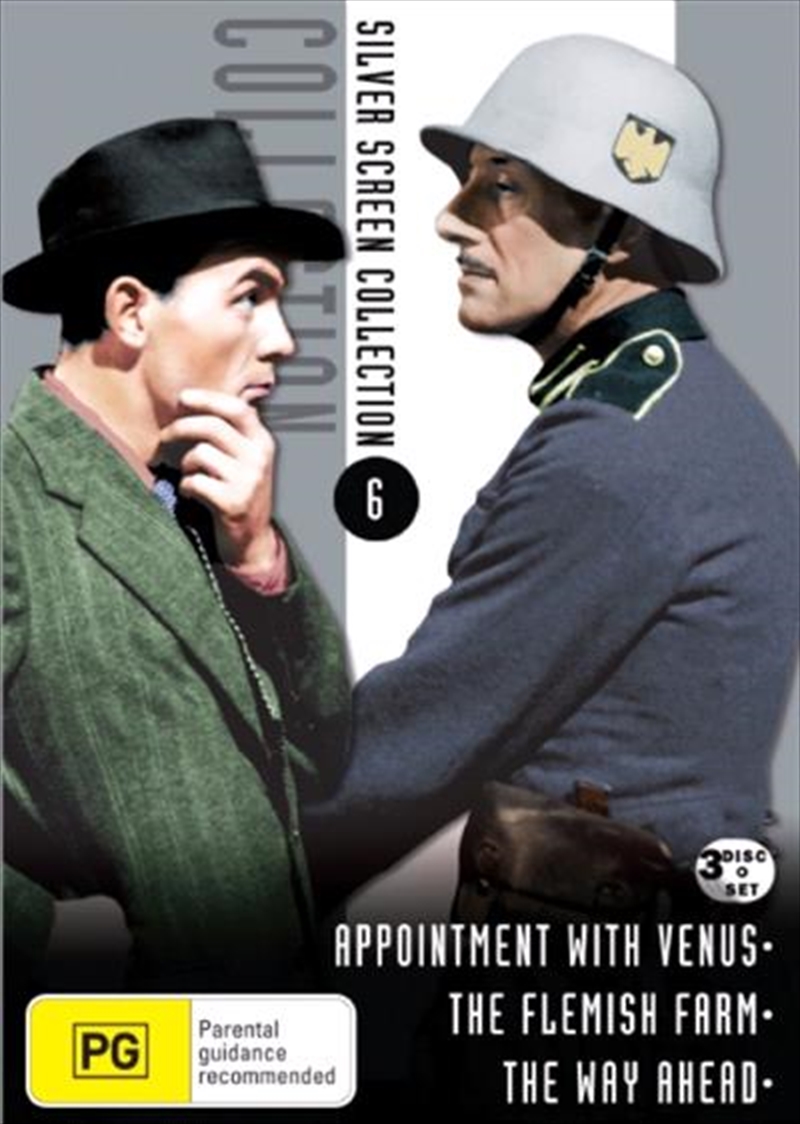 The Silver Screen Collection dates back to the golden age of cinema and encompasses all the memorable performances and nostalgia from days gone by. Whether it be re-living your favourites or brushing up on a bit of film history, this collection is a must for movie buffs of all ages. The collection includes 3 silver screen master pieces: The Way Ahead (1944) After an infantry battalian has suffered casualties at Dunkirk, the gaps in the ranks must be filled by 'call-ups'. Starring David Niven, Stanley Holloway, Trevor Howard, John Laurie. The Flemish Farm (1943) During WWII a squadron of Belgian pilots use a flemish farm as a landing base. Starring Clive Brook, Clifford Evans, Jane Baxter. Appointment with Venus (1951) Armorel is a British island recently occupied by enemy forces. The small island is home to a prize cow and it is up to Naval Intelligence to rescue the beast. Starring David Niven, Glynis Johns, Kenneth Moore.