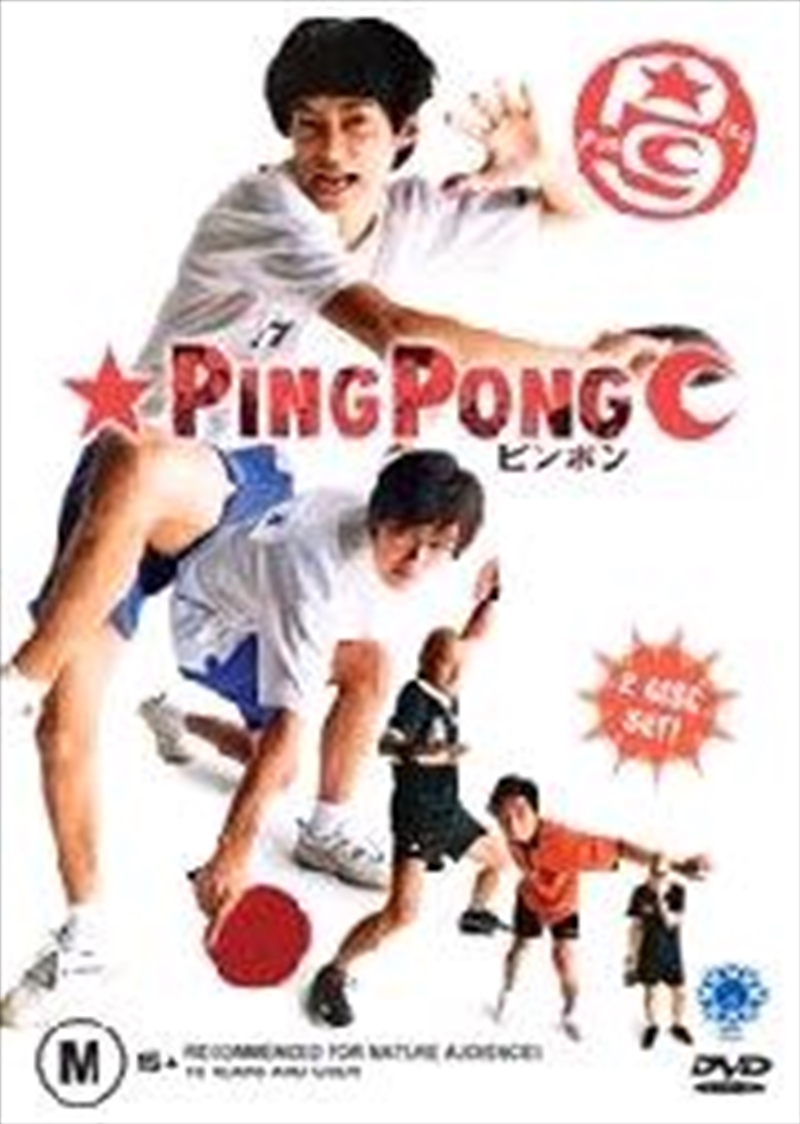 Shipping - See delivery options.
Postcode:
Quantity:
Ever since the day Peco Hoshino(Ysuke Kubozuka) rescued Smile (Arata) from a gang of bullies and introduced him to the game of table tennis, the pair have been inseparable friends with intertwined fates. Now Peco is a cocky teenager who wants no less than to be the best player in the world, but lacks the self-discipline to carry his plan through - while the withdrawn, slightly arrogant Smile probably has more natural talent than anyone, but plays 'to kill time' rather than to win, and his reluctance to see other players (especially Peco) humiliated makes him hold back in his own game, much to the annoyance of Ota, his coach (Naoto Takenaka). After Peco is sorely beaten (or 'skunked') in a tournament and quits the game, Smile continues his rise to the top, preparing the way for the return of his hero, who he is destined to meet in one last match.