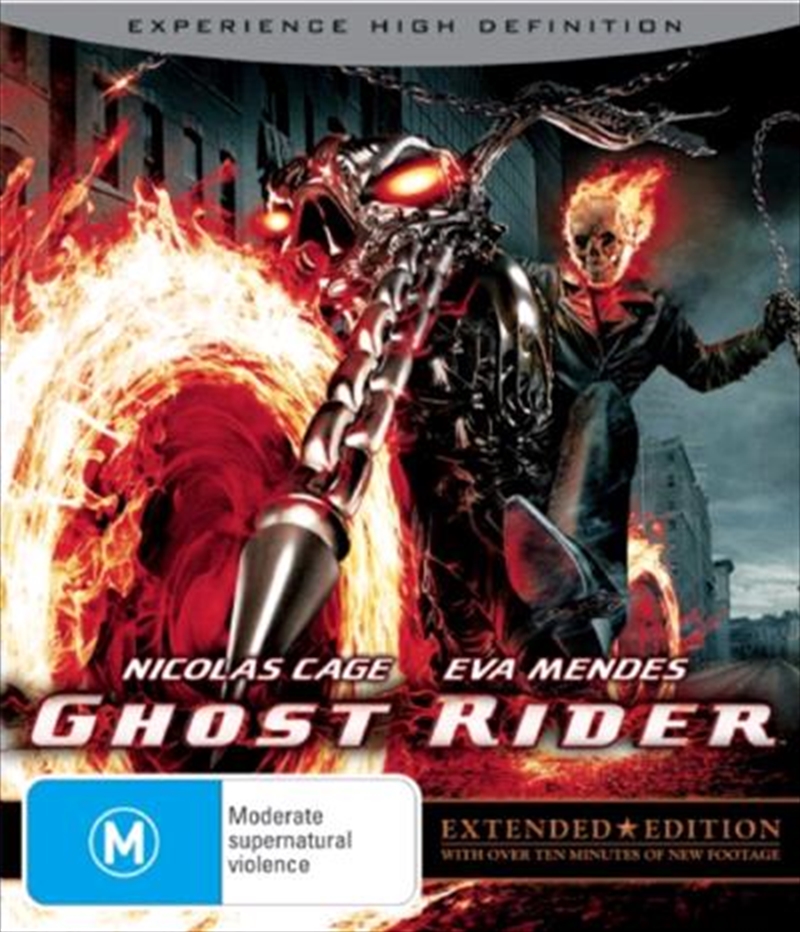 Hollywood superstar Nicolas Cage is Johnny Blaze, a motorcycle stunt rider who long ago made a deal with devil to save someone he loved. Now, years later, the devil has come to collect. By day Johnny remains a die-hard stunt rider...but at night, in the presence of evil, he becomes the Ghost Rider - the devil's bounty hunter, charged with collecting rogue souls and demons and bringing them back to hell. Forced to do the devil's bidding, Johnny is determined to confront his fate and use his new curse and powers to defend the innocent and protect the weak.From the director of Daredevil and co-starring Eva Mendes, Peter Fonda and Wes Bentley, Ghost Rider is an action-packed blockbuster extravaganza that's "a hell of a ride (Michelle Alexandria, Eclipse Magazine)".