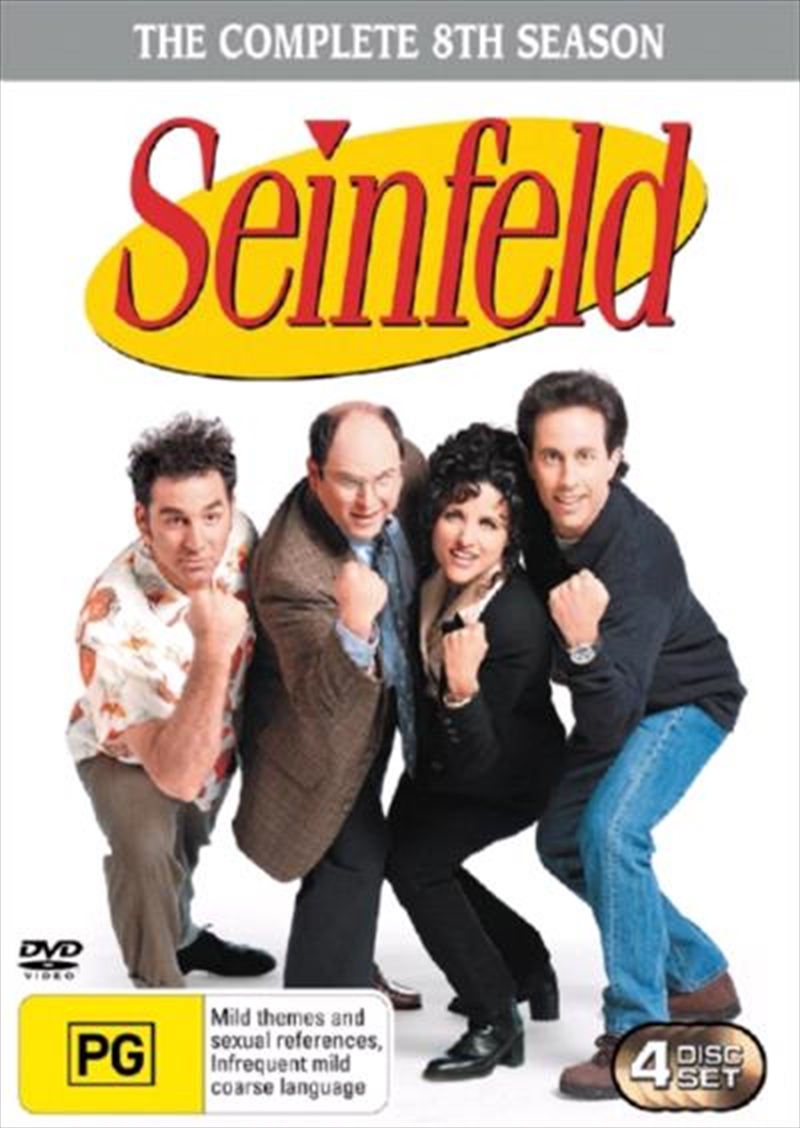 Shipping - See delivery options.
Postcode:
Quantity:
SEE MORE IN:
Seinfeld Movies & TV Clearance TV Clearance Sale Movies & TV Under $10
Back by popular demand is Seinfeld, Australia's second biggest TV show on DVD. Returning for its eighth triumphant season on DVD and with all the hilarity expected of this ever popular and multi award-winning comedy, Seinfeld: The Complete 8th Season will have you hanging for more.
As a multi Emmy and Golden Globe award-winner including Best Comedy Series, Seinfeld has often been described as the show about nothing. Seinfeld follows the every day lives of Jerry Seinfeld and his group of friends as they ponder the important questions in life such as where can you buy only the best part of the muffin- the crunchy top? Why is butter better than shaving cream? And what is the best way to ensure that crucial second date?

The Summer Of George