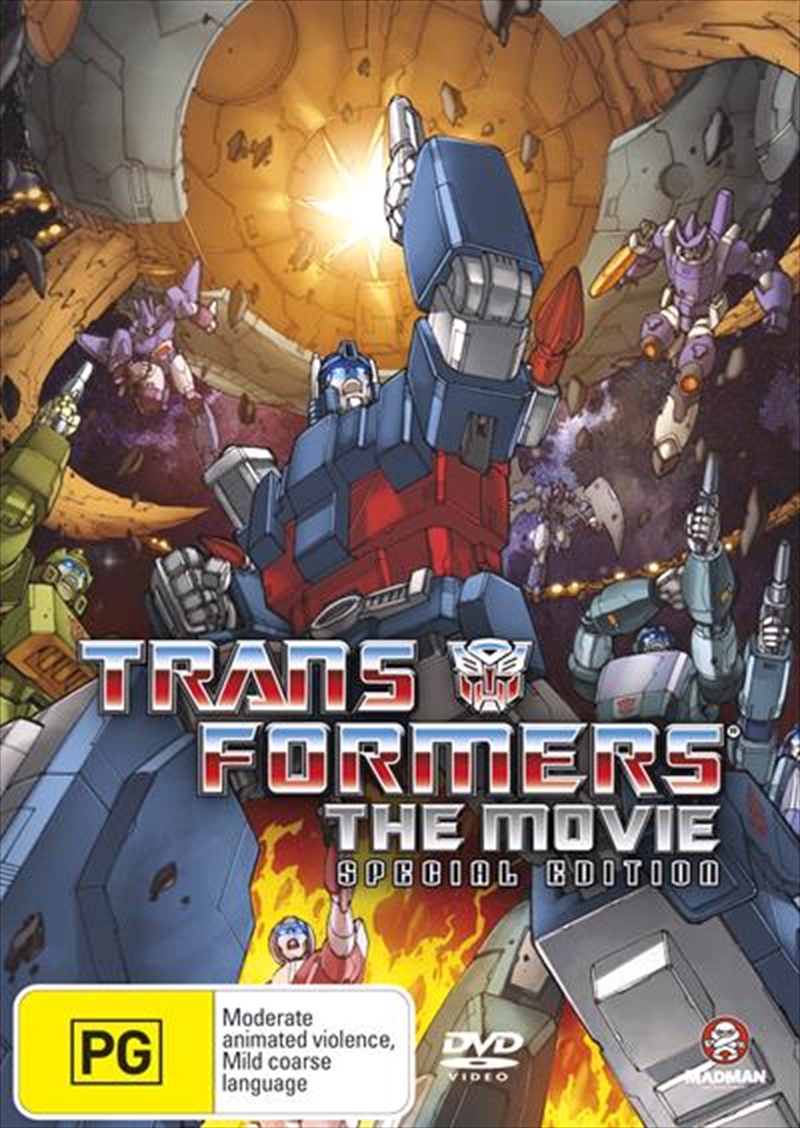 The Year is 2005 and the Decepticons have retaken Cybertron from Optimus Prime and his Autobot warriors. Megatron and his forces, planning to invade their final sanctuaries, stand on the verge of annihilating the heroic Autobots forever. Both sides are seething with anger and hatred, hatred that has blinded them to a hideous menace heading their way: Unicron (voiced by Orson Welles), devourer of worlds! Poised on the edge of destruction, will the Autobots be able to locate the Chosen One, prophesized to light their darkest hour?