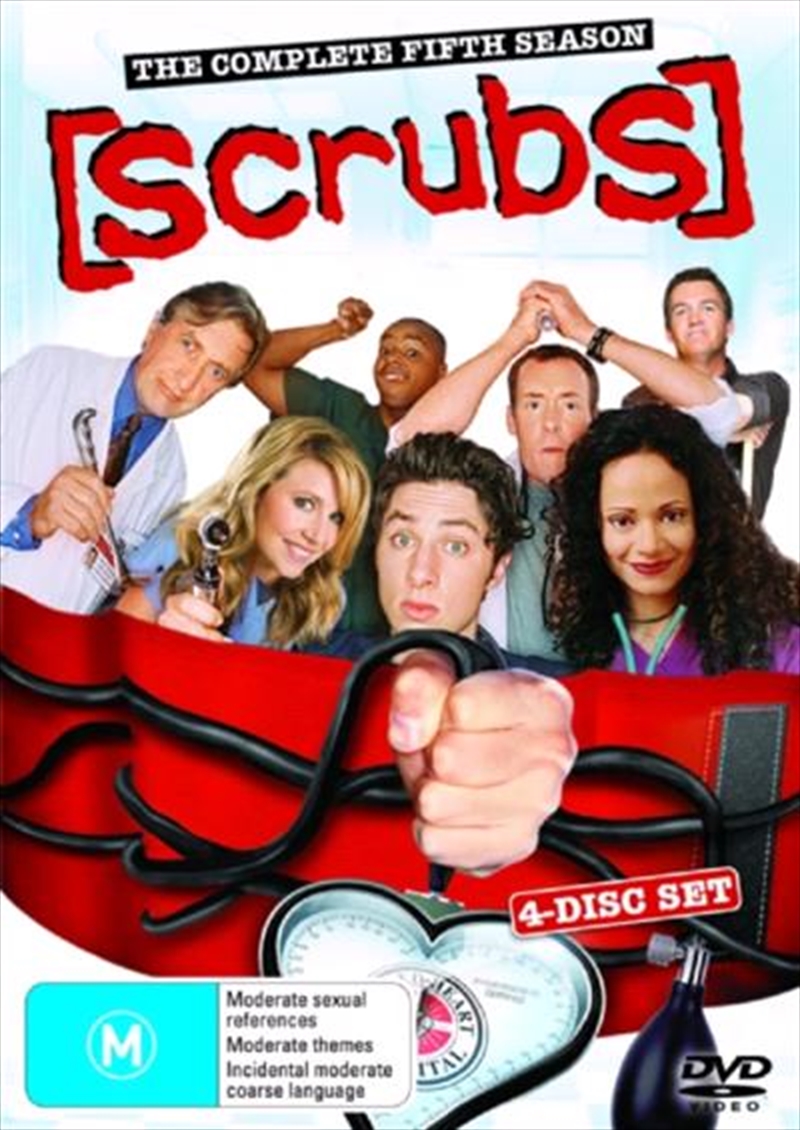 Shipping - See delivery options.
Postcode:
Quantity:
SEE MORE IN:
3 for $40 TV Scrubs Medical Shows
DESCRIPTION
&lt;H3&gt; Scrubs Season 5 DVD - On Sale Now With Fast Shipping&lt;H3&gt;
Make an appointment with the outrageous doctors of Sacred Heart. Receiving an Emmy® Award nomination for Best Comedy Series, Scrubs' fifth season is just what the doctor ordered. This year, the laughs are off the charts as J.D. moves in with Turk and Carla, and Elliot uses an interesting form of blackmail in order to get her job back at the hospital. Jason Bateman and Cheryl Hines arejust some of the sensational guest stars joining TV's quirkiest cast. Experience all 24 episodes, plus exclusive bonus features, including a never-before-seen extended cut of the 100th episode.
TRAILER
DETAILS

My Rite of Passage

My Day at the Races

My Own Personal Hell