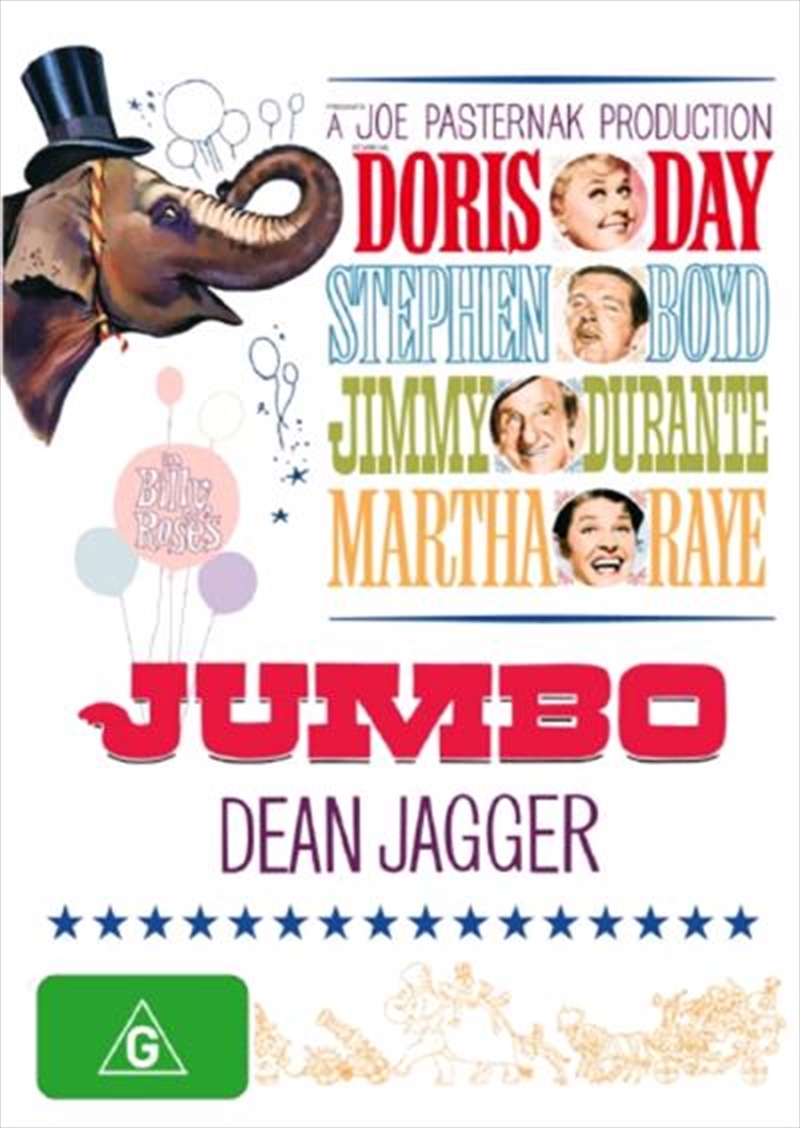 DESCRIPTION
Jump for joy it's jumbo!

Jumbo is a mighty talented elephant. Its also the ideal word to describe this big-time, big-top extravaganza bursting with laughter and love, song and dance, circus stunts and star power. Radiant Doris Day sings beloved Rodgers and Hart tunes and does her own horseback riding tricks in a razzle-dazzle musical based on Billy Roses stage spectacular and featuring circus sequences directed by Busby Berkeley. The story revolves around a circus owner (Jimmy Durante, star of the 1935 Broadway original) with only two real attractions: his daughter (Day) and popular pachyderm Jumbo. Three-ring pandemonium breaks out when a handsome rival (Stephen Boyd) infiltrates the circus, and father, daughter and Dads wisecracking fiance (Martha Raye) are suddenly at risk of losing the greatest show on earth!
DETAILS