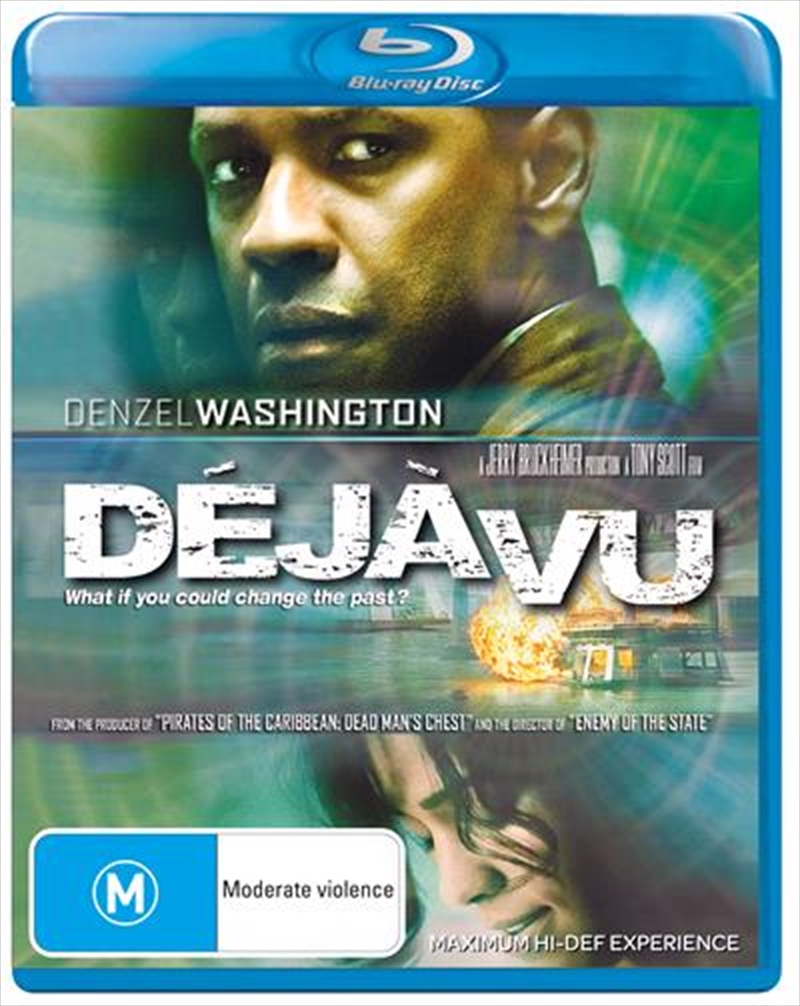 Shipping - See delivery options.
Postcode:
Quantity:
SEE MORE IN:
4 for $50 DVD, Blu-ray & More
If you thought it was just a trick of the mind, prepare yourself for the truth.

After an explosion on a ferry kills over 500 people including a large group of party-going sailors, an ATF agent (Denzel Washington) investigates the crime. AN FBI agent (Val Kilmer) also joins the investigation. Impressed with the ATF agent's skills, the FBI agent invites him to join a new team that has a new program that uses satellite technology to look backwards in time for 4-1/2 days to try to capture the terrorist (Jim Cavaziel). Meanwhile a young woman (Paula Patton) who was burned washes up on shore.The body arrives at its location too soon, which leads the agents to believe her death is related to the explosion. As they use the new technology to study the woman, the ATF agent determines that this is not satellite imagery but somehow is using a time warp. From this point in the film, the movie moves from a crime film to a sci-fi time paradox film. Nonetheless, the action is non-stop and always captivating. The end of the film may be confusing to some people, but it is all laid out if one cares to look carefully. Contains some extreme violence that some may find disturbing, particularly during the explosion when many people are shown jumping off the boat in flames.