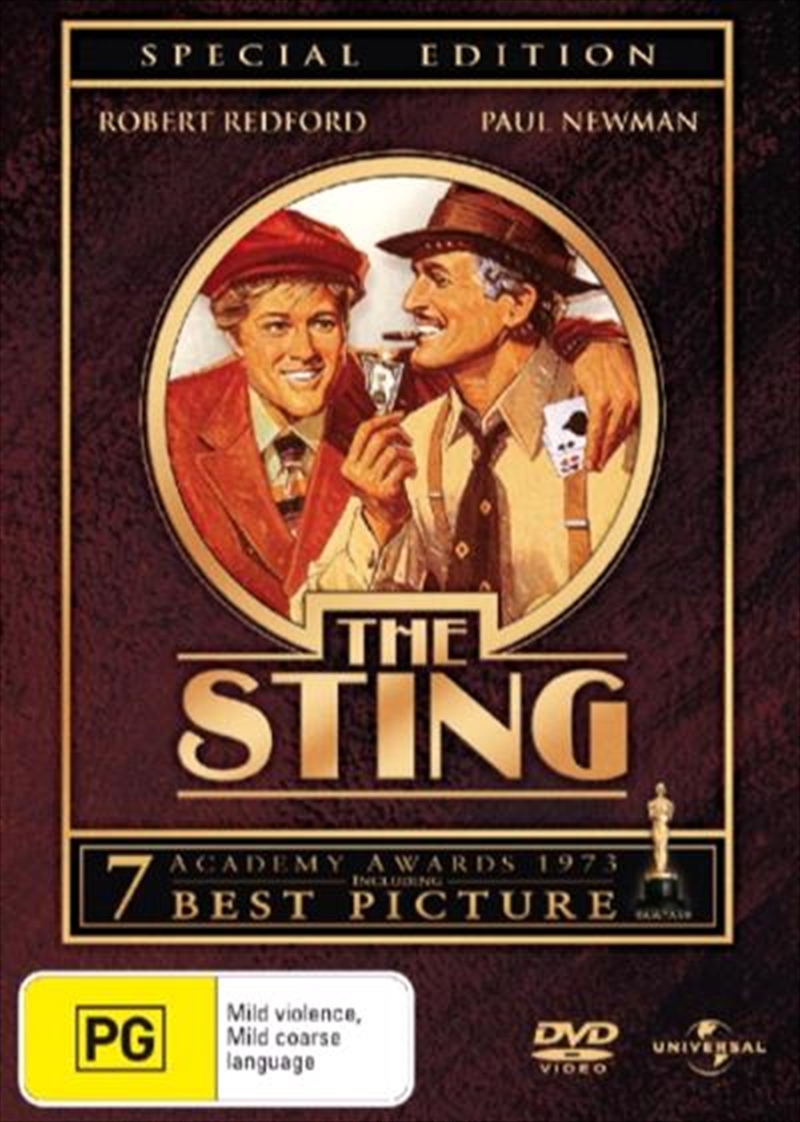 Shipping - See delivery options.
Postcode:
Quantity:
SEE MORE IN:
$5 Movies & More Cant Seem To Stream
Winner of seven Academy Awards including Best Picture, The Sting, is one of the most popular and critically-acclaimed films of all time. Set in the 1930s, this intricate comedy caper deals with an ambitious small-time crook (Robert Redford) and a veteran con man (Paul Newman) who seek revenge on the vicious crime lord (Robert Shaw) who murdered one of their gang. How this group of charlatans puts "the sting" on their enemy makes for the greatest double-cross in movie history, complete with an amazing surprise finish. Directed by George Roy Hill Written by David S. Ward.