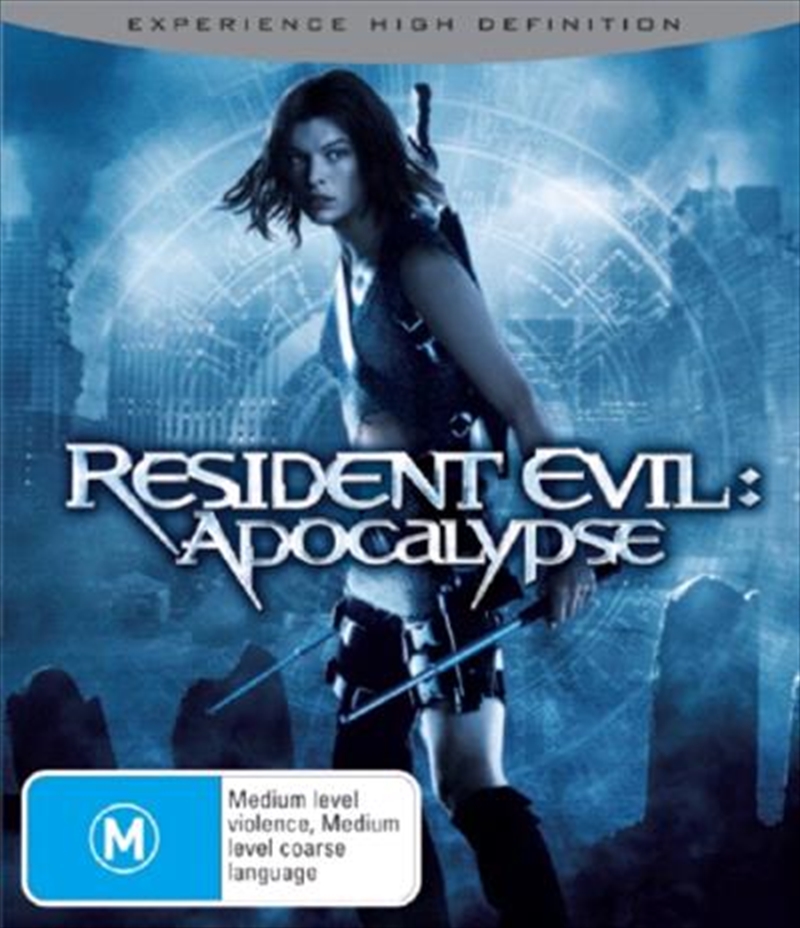 Shipping - See delivery options.
Postcode:
Quantity:
SEE MORE IN:
3 for $20 Movies & More Resident Evil
DESCRIPTION
My name is Alice and I remember everything.

The sequel to the $100 million hit, Resident Evil: Apocalypse is again based on the wildly popular video game series and picks up where the first film ended. The zombies are back and so is Alice (Jovovich). Since being captured by the notorious Umbrella Corporation, she has been subjected to biogenetic experimentation and has become genetically altered with super-human strengths, senses and dexterity. Now, she has teamed with other survivors of Earth ready to destroy any zombie in their path. After escaping from the Racoon City Medical Facility, Alice searches for answers to the T-Virus and how to contain it. On the other side of town, a woman named Jill Valentine plots her own escape while battling the undead and Matt Adison, now transformed into a monster called "The Nemesis", who is bent on destroying all who live.
TRAILER
DETAILS