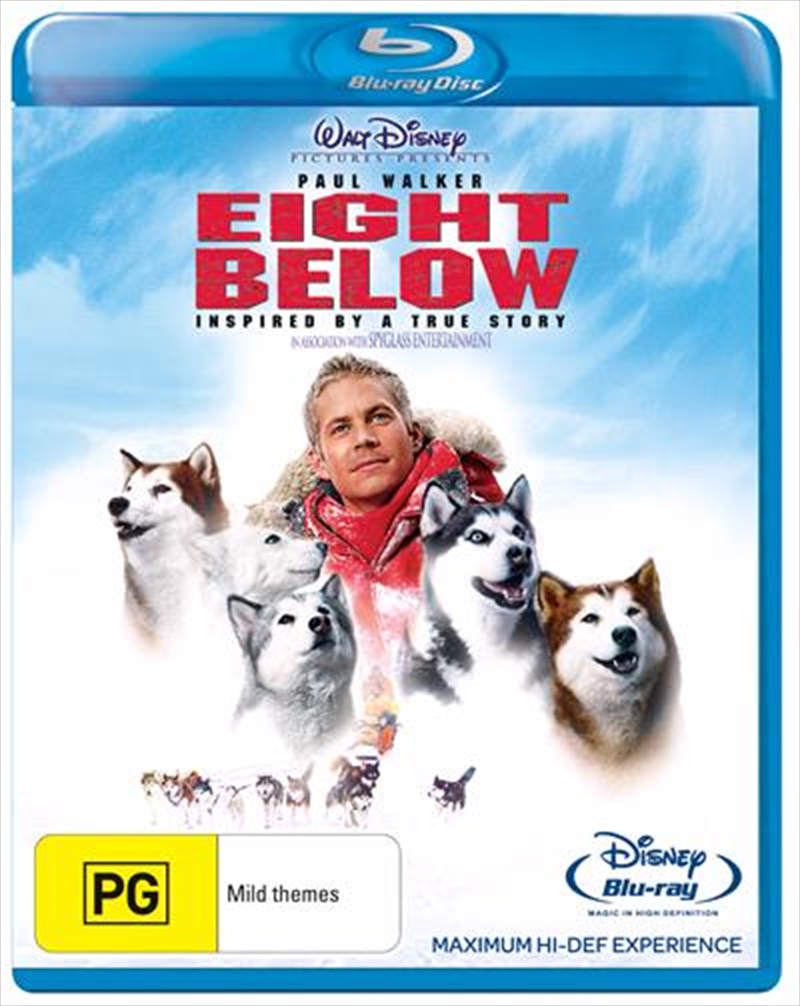 Shipping - See delivery options.
Postcode:
Quantity:
SEE MORE IN:
2 for $20 Movies & More 2 For $20 Drama
The Most Amazing Story Of Survival, Friendship, And Adventure Ever Told.

Walt Disney Pictures presents Eight Below, the thrilling and touching action-adventure about loyalty and friendship. Awful weather and a terrible accident force the members of a scientific expedition to evacuate Antarctica. And survival guide Jerry (Paul Walker) must leave his team of beloved sled dogs behind to survive the most unforgiving winter on the planet. Driven by unwavering friendship and belief in one another, the dogs and a heartbroken Jerry who will stop at nothing to rescue them make an incredible journey to reunite in this triumphant and inspiring movie the whole family will treasure.