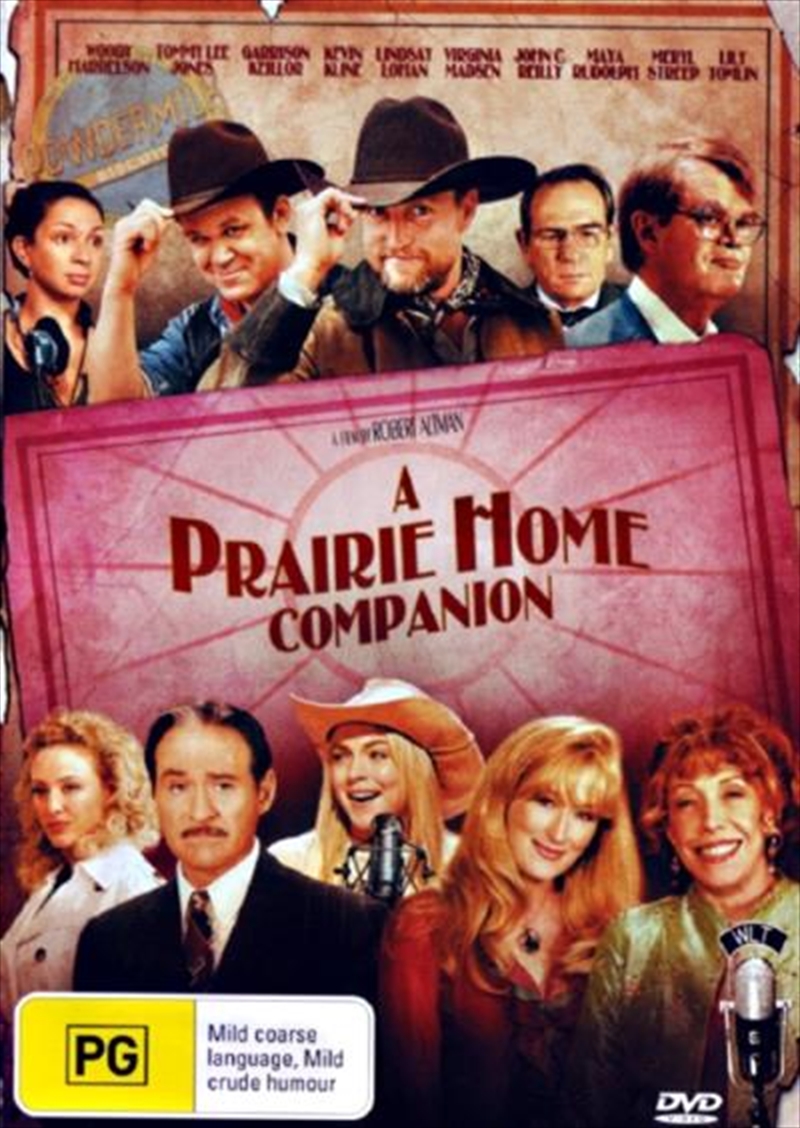 Director Robert Altman& writer Garrision Keillor join forces with an all-star cast to create an unforgettable backstage comic fable about a homespun radio variety show that has somehow managed to survive in the age of television. On a rainy Saturday night in the Fitzgerald Theatre, the cast and crew of A Prairie Home Companion assemble for another live broadcast, unaware that their radio station has been sold to a Texas conglomerate, and tonight's show will be their last