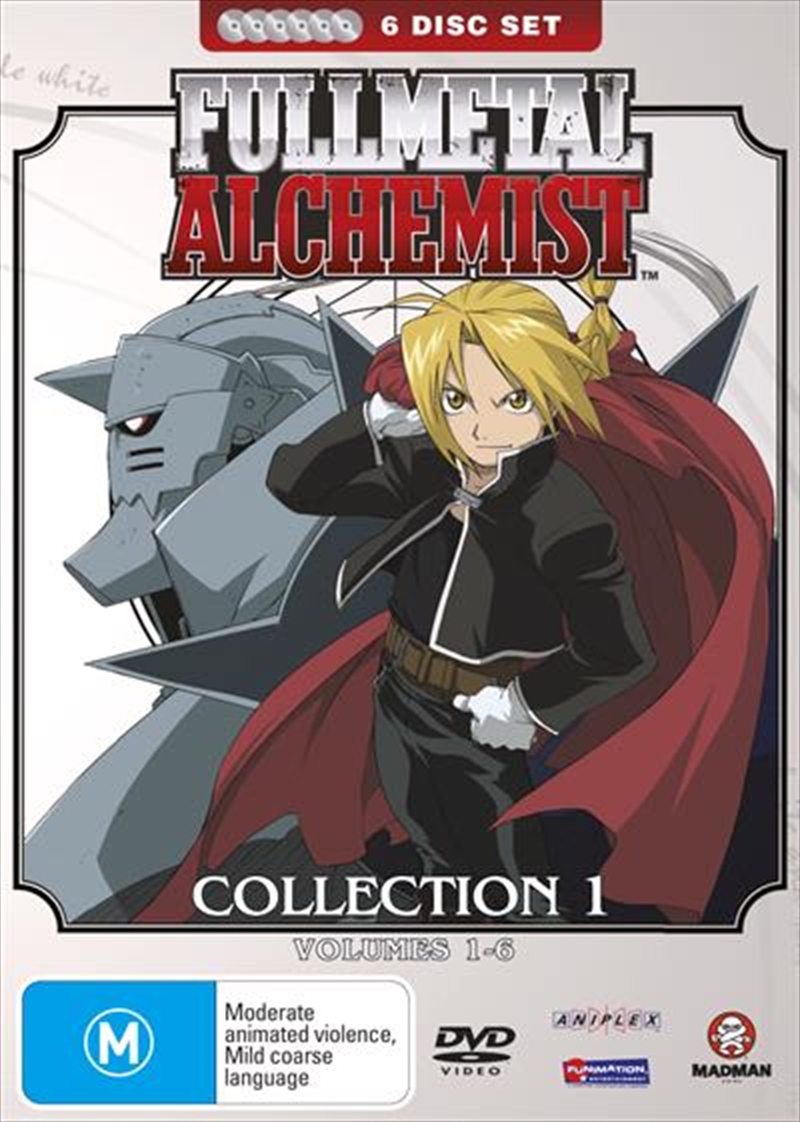 Legend tells of a mystical artifact that when used will increase it's possessor's power a thousand fold. Many have sought out the stone's power; all have failed. But a new adventurer has taken up the quest. A young State Alchemist seeks to right a most horrific wrong. His quest will determine the ultimate fate of an entire nation...and for himself. To seize the stone would allow him to restore life to those he loves, but it will also make it possible for the State Military to obliterate countless more. It is this burden that the young Alchemist bears. The power to create is but a breath away from the power to destroy. His name is Edward Elric. And he seeks the Philosopher's Stone.
DETAILS

1. Those Who Challenge the Sun

2. Body of the Sanctioned

5. The Man with the Mechanical Arm (Dash! Automail)

7. Night of the Chimera's Cry

9. Be Thou for the People (The Dog of the Military's Silver Watch)

17. House of the Waiting Family

19. The Truth Behind Truths

20. Soul of the Guardian