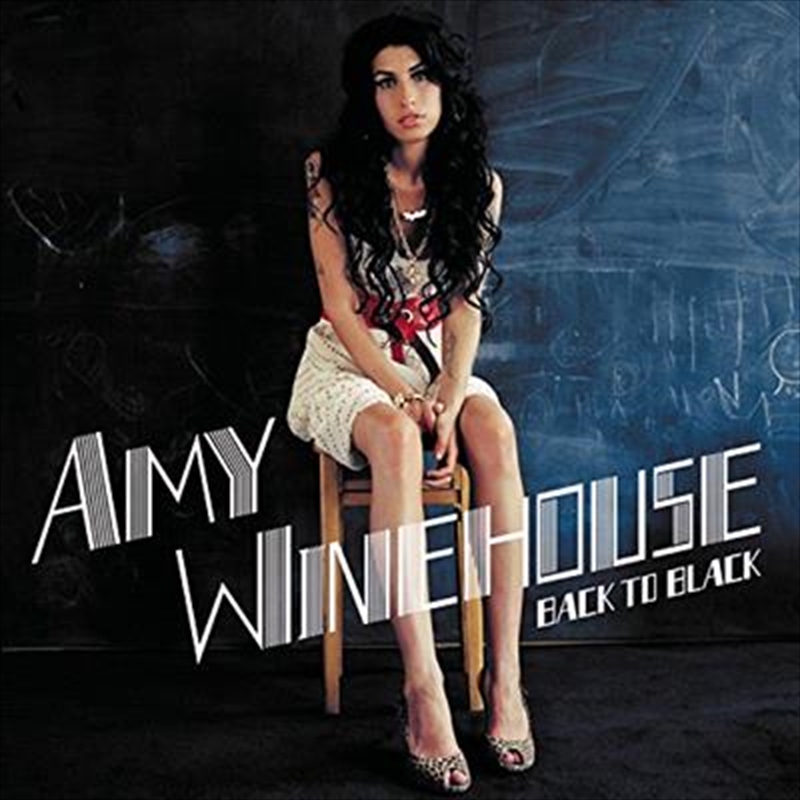 Shipping - See delivery options.
Postcode:
Quantity:
SEE MORE IN:
Amy Winehouse Music Legends
Ivor Novello award winner, Mercury Music Prize and triple Brit nominee Amy Winehouse, returns with her hugely anticipated sophomore album Back To Black. This is the Platinum selling #1 UK follow-up to her Platinum debut Frank (peaking at #13 on the UK albums chart) which established her as one of the most exciting and challenging artists in pop music, on which Amy confirms, beyond any reasonable or unreasonable doubt, what a truly remarkable talent she is. While the girl-groups of the 60's to which she had become enthralled contained their vocals, Amy can break loose with Aretha-style vocal styling's on Just Friends or by turning the whole idea of drying out into a gospel spiritual on the stunning opener Rehab.

Amy's refined song-writing approach and fearlessness as a lyric writer has been grafted into some of the most astonishing material of her short career so far. Back To Black sees her teaming up once again with Frank producer Salaam Remi and, for the first time, with New Yorker Mark Ronson (Lily Allen, Robbie Williams and Christina Aguilera).

Title: Back To Black

You Know I'm No Good

Love Is A Losing Game

Tears Dry On Their Own

He Can Only Hold Her