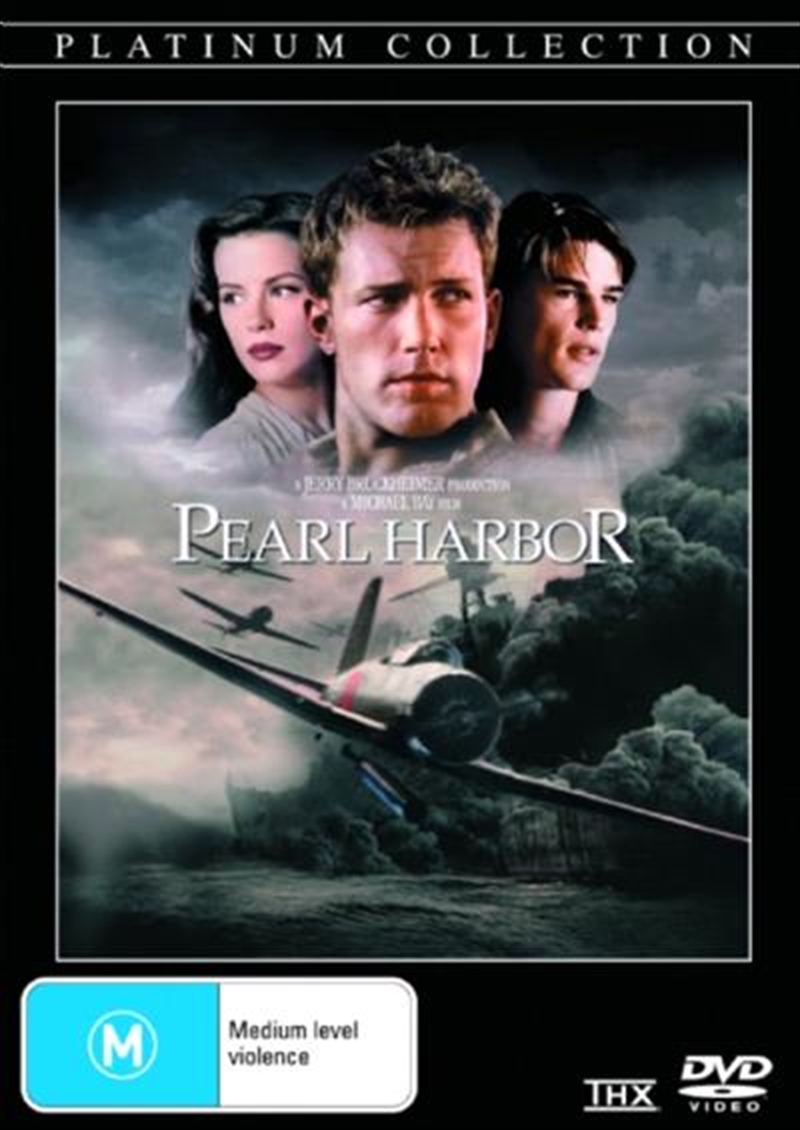 An epic blockbuster with astounding visual effects, Pearl Harbor is another unforgettable motion picture from producer Jerry Bruckheimer and director Michael Bay, the hit-making team that brought you Armageddon. Featuring Ben Affleck (Good Will Hunting, Armageddon), Josh Hartnett (The Faculty) and Kate Beckinsale (Brokedown Palace) in a tremendous all-star cast, the innocence of a nation is instantly shattered by a sudden and devastating act of warfare.As the lives and loves of a generation are tragically swept into the greatest conflict modern man has ever known, World War II, the events at Pearl Harbor become a supreme test for the strength of the human spirit. Also starring Cuba Gooding, Jr. (Jerry Maguire, Men Of Honor), Alec Baldwin (Outside Providence), John Voight (Coming Home, Enemy Of The State) and Tom Sizemore (Saving Private Ryan), this breathtaking story of love, loss and heroism is a must-see cinematic event.