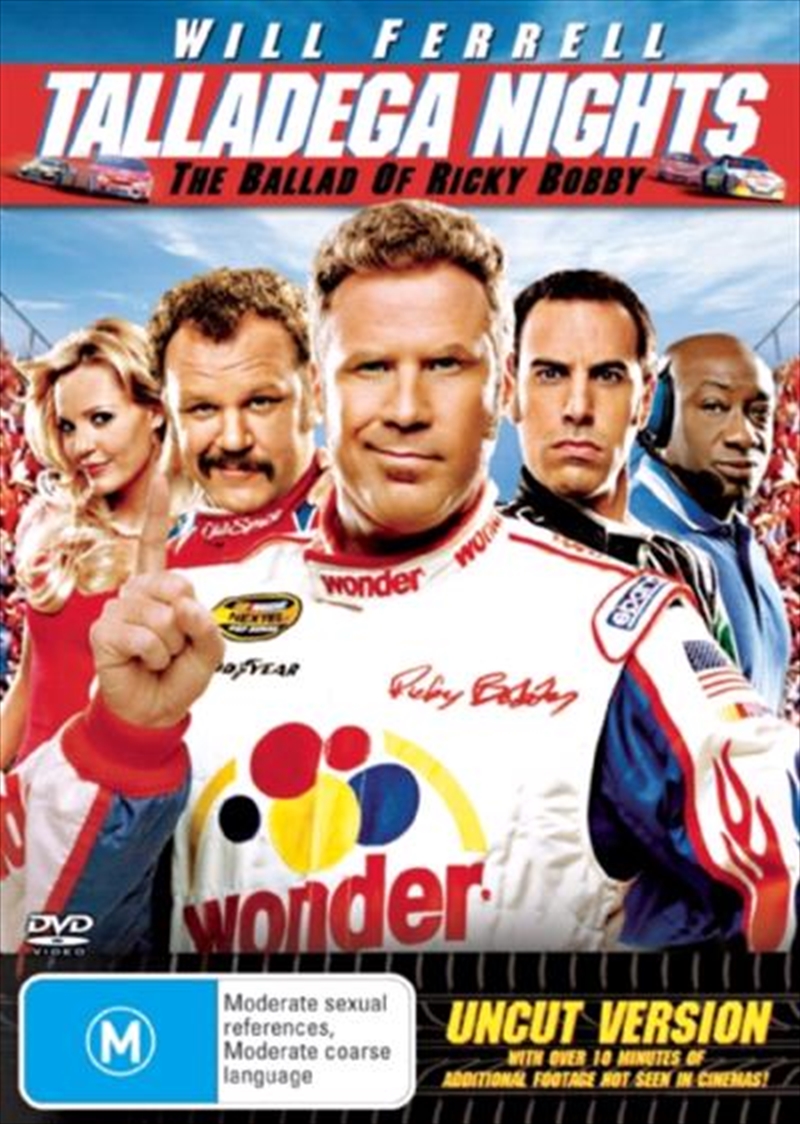 Shipping - See delivery options.
Postcode:
Quantity:
SEE MORE IN:
$5 Movies & More Will Ferrell
The story of a man who could only count to #1

Number 1 ace NASCAR driver Ricky Bobby (Farrell) has it all - the mansion, the beautiful wife...and all the fast food he can eat! But when he's beaten by flamboyant Euro-idiot Jean Girard (Sacha Baron Cohen from TV's Da Ali G Show), his turbo-charged lifestyle comes to a crashing halt. Now, Ricky must kick some serious asphalt if he's going to get his career back on track, beat Girard, and reclaim his fame and fortune!