Eminem Presents The Re 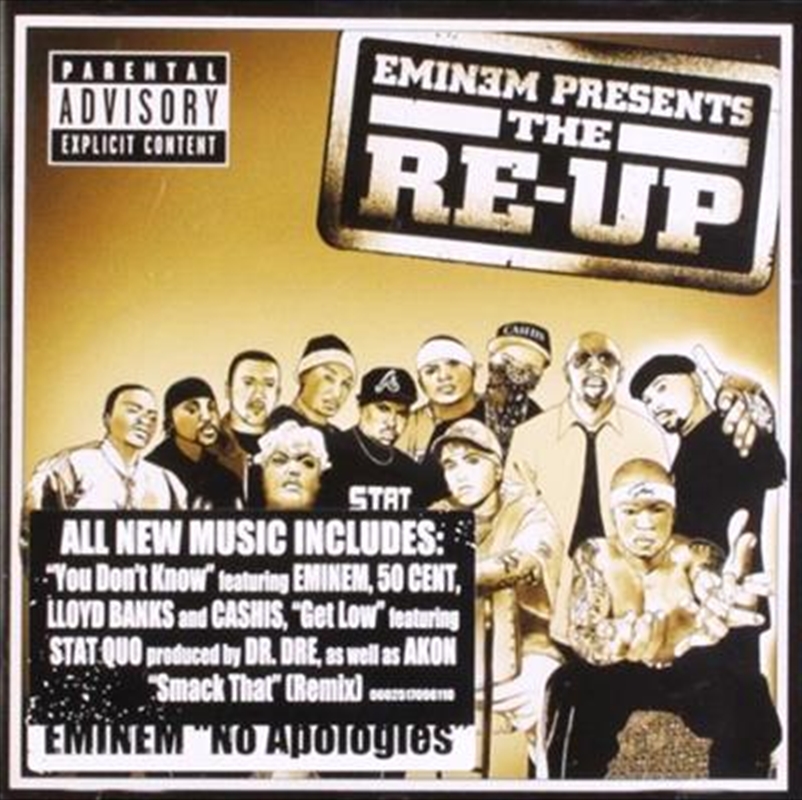 Eminem Presents The Re

Eminem Presents: The Re-Up began as a street mixtape project, an underground, unofficial CD with raw production values designed to help launch new Shady Records artists Stat Quo, Ca$his and Bobby Creekwater. “But what happened is that the material was so good,” said Eminem. The album was executive produced by Eminem, and also features 50 Cent, D12 and Obie Trice. A handful of selections were produced by The Alchemist, best known for his work with Cypress Hill, Snoop Dogg, and Jadakiss. Eminem Presents: The Re-Up also features the previously unreleased No Apologies from Eminem.

Title: Eminem Presents The Re

Everything Is Shady - Cashis

Whatever You Want - Mr. Porter

Talkin' All That - Cashis

By My Side - Stat Quo

We Ride For Shady - Obie Trice

There He Is - Bobby Creekwater