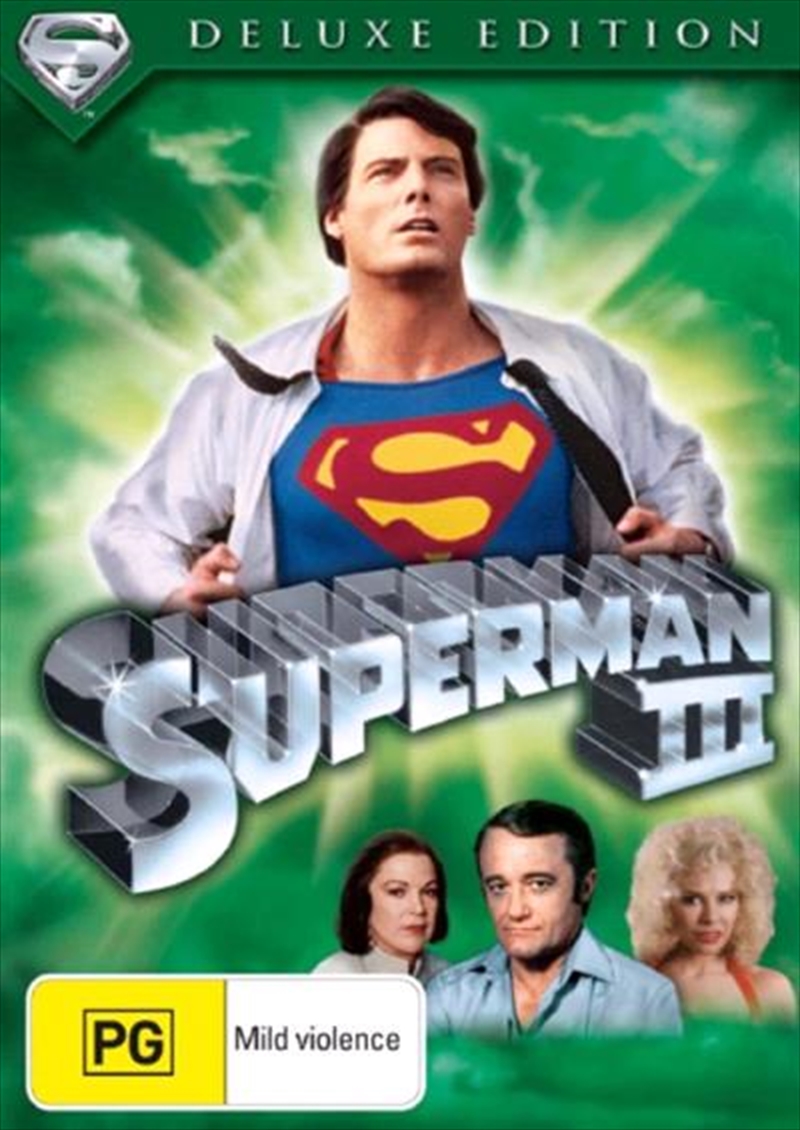 Shipping - See delivery options.
Postcode:
Quantity:
SEE MORE IN:
Superman DC 3 for $20 Movies & More Cant Seem To Stream
If the world's most powerful computer can control even Superman...no one on earth is safe.

After Superman: The Movie's epic storytelling and Superman II's awesome battles, how could the first two hits be topped? In Superman III, meet Gus Gorman (Richard Pryor), a half- witted computer programming natural. For him a keyboard is a weapon - and Superman faces the microelectronic menace of his life. Christopher Reeve reprises his most beloved role, deepening his character's human side as Clark Kent reunites with old flame Lana Lang (Annette O'Toole) at a Smallville High class reunion and when Superman becomes his own worst enemy after Kryptonite exposure, Reeve pulls off both roles with dazzling skill. Incredible visual effects abound - but above all it has heart, heroism and high-flying humor. All in superabundance.