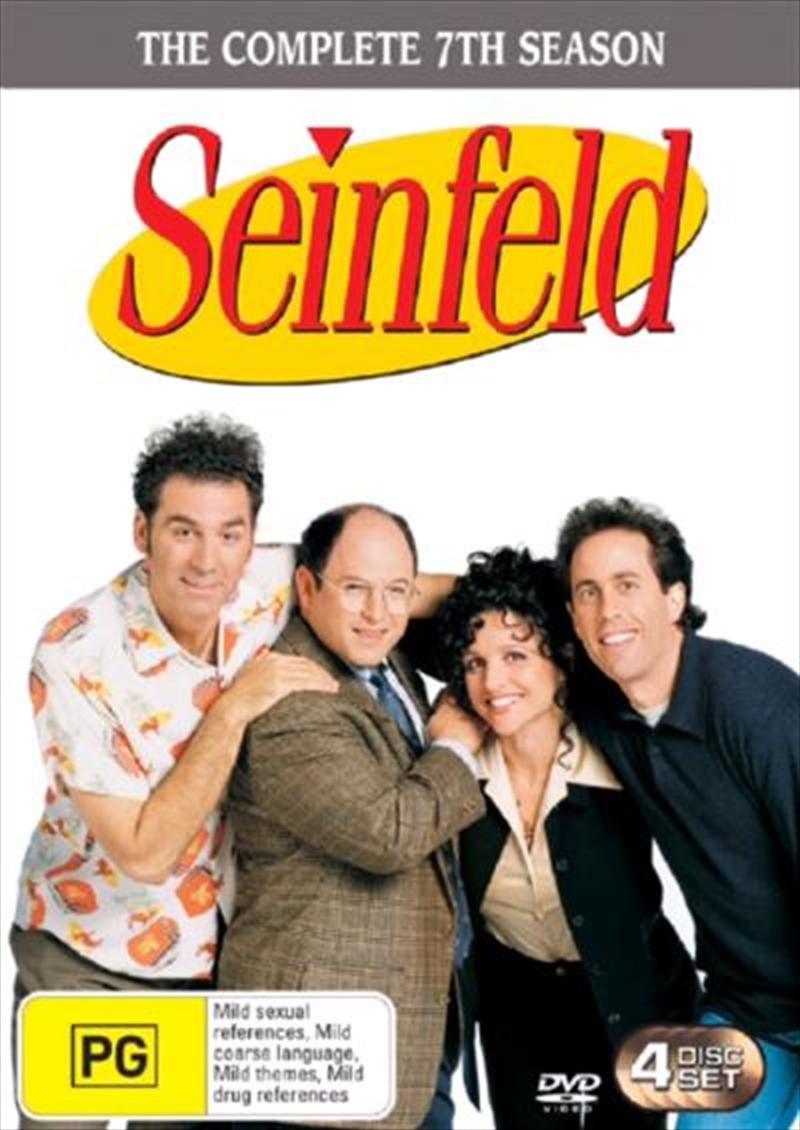 Shipping - See delivery options.
Postcode:
Quantity:
SEE MORE IN:
Seinfeld Movies & TV Clearance TV Clearance Sale Movies & TV Under $10
&lt;H3&gt; Seinfeld Season 7 DVD - On Sale Now With Fast Shipping&lt;H3&gt;
Good things really do come in sevens! Jam packed with everyone's favorite episodes and starring the infamous 'SOUP NAZI', Season 7 is set to delight Seinfeld fans across Australia. Seven reasons to watch season seven... 1. THE SOUP NAZI - 'No soup for you!' 2. THE ENGAGEMENT - 'Georgie's getting married!' 3. THE INVITATIONS - 'They just took Susan to the hospital' 4. THE DOLL - 'I know it's a doll, but it looks like my mother' 5. THE CADILLAC - 'Hey guess what? I just bought my father a Cadillac' 6. THE SHOWERHEAD - 'If I don't have a good shower I am not myself. I feel weak and ineffectual. I'm not Kramer' 7. THE WINK - 'You keep on winking at me. That's really obnoxious' Often called 'The show about nothing', the multiple Emmy and Golden Globe award-winning Seinfeld has entertained audiences around the world since its conception in 1992. With the hilarious commentary on everyday life and the unique humour that never dates, Seinfeld Volume 6: The Complete Seventh Season is the perfect addition to any comedy-lover's DVD collection. Season 7 is a complete box set containing four discs and all 24 episodes of the seventh season, as well as plenty of exciting special features and never-before-seen footage.