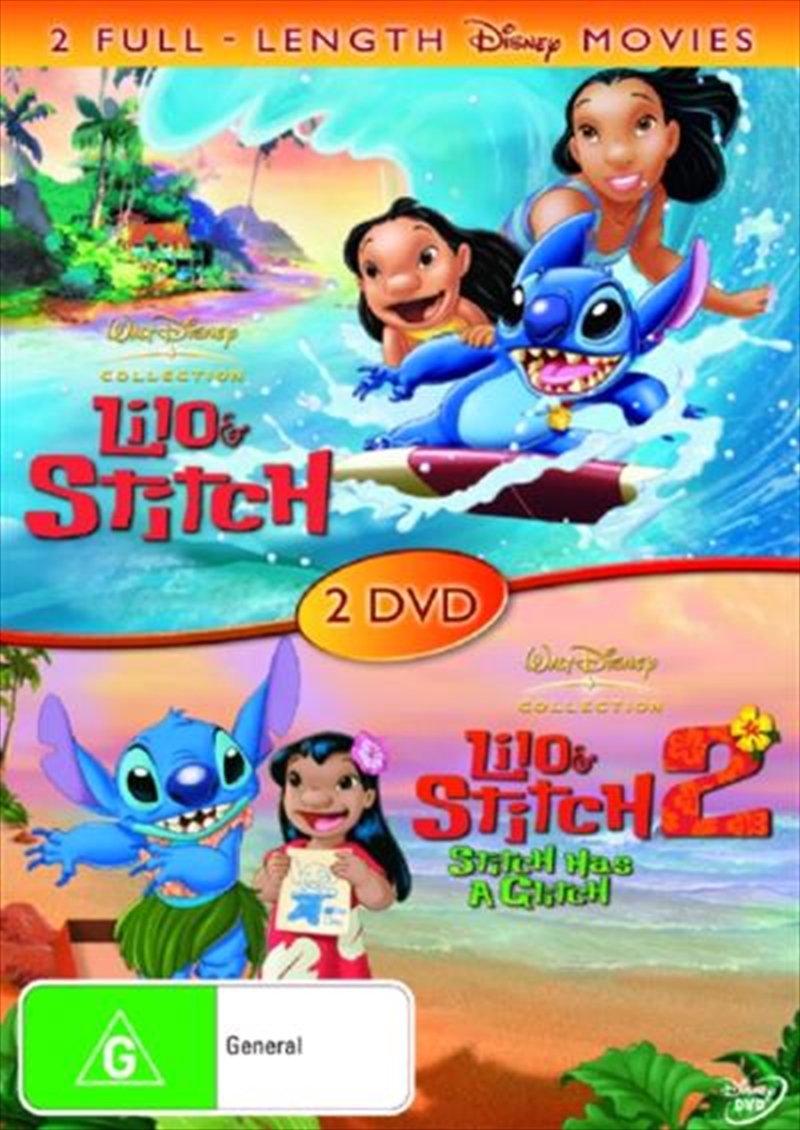 Shipping - See delivery options.
Postcode:
Quantity:
SEE MORE IN:
4 for $50 DVD, Blu-ray & More Lilo & Stitch
DESCRIPTION
Lilo & Stitch
Get on board with Lilo & Stitch, the hilarious Disney family comedy that delighted audiences around the world, in a heartwarming original story about the power of loyalty, friendship and family. Featuring the legendary music of Elvis Presley and an irresistible cast of characters, Disney's newest hit is a fast-paced, fun-filled adventure. On the lush and tropical Hawaiian Islands, a lonely little girl named Lilo adopts what she thinks is an innocent puppy. She names her new "pet" Stitch, completely unaware that he is a dangerous genetic experiment who has escaped from an alien planet. Stitch's only interest in Lilo is using her as a human shield to evade the alien bounty hunters who are bent on recapturing him. In the end, it is Lilo's unwavering faith in "ohana," the Hawaiian tradition of family, that unlocks Stitch's heart and gives him the one thing he was never designed to have; the ability to care for someone else.

Lilo & Stitch 2
The unforgettable story of Stitch and Lilo continues in Disney's hilarious all-new movie Lilo & Stitch 2. Your favourite characters return in this heartwarming comedy about bringing friends and family together even when they seem worlds apart. Before all 626 experiments land in Hawaii, Stitch is living the good life. He helps Lilo follow in the footsteps of her mother as she prepares for the big island hula contest. Life seems perfect, but when Stitch gets a glitch, their world goes haywire. Now it's going to take Lilo, Nani, Jumba and a whole lotta 'Ohana' for them to save their funny little friend. With new music, three original Elvis Presley songs and exclusive special features, Lilo & Stitch 2 is a whole new wave of fun and excitement for the entire family.
TRAILER
DETAILS