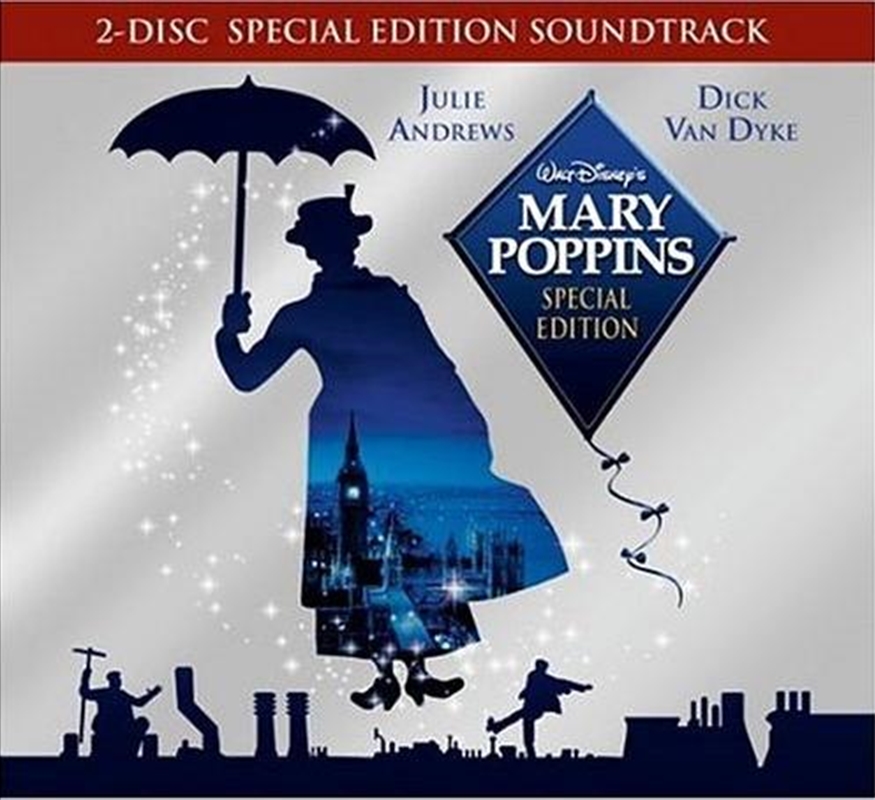 Winner of five Oscars (including two for Richard and Robert Sherman's memorable slate of songs), Disney's 1964 adaptation of British author P.L. Travers' beloved children's tales melded live action, animation and music more successfully than any film before or since. Containing the most complete version of the Sherman Brothers' score and a wealth of previously unavailable behind-the-scenes treasures, this double-disc, 40th anniversary soundtrack edition becomes the ultimate musical tribute to the beloved family masterpiece. The Sherman's memorable songs are showcased here in a more comprehensive musical context than ever before; indeed, a number of the expanded or previously unreleased pieces of the Irwin Kostal-arranged underscore now included were truncated in editing the film itself. The generous bonus disc contains the set's greatest historical treasure: a 40+ minute pre-production story meeting between the Shermans, gag writer Don DaGradi and author Travers herself. Also included is a lengthy 1964 audio documentary featuring the Shermans and stars Julie Andrews and Dick Van Dyke, an audio montage of the songwriting team reminiscing and playing their original demos for the project and an illustrated 40-page companion booklet containing a history of the project as well as complete song lyrics.