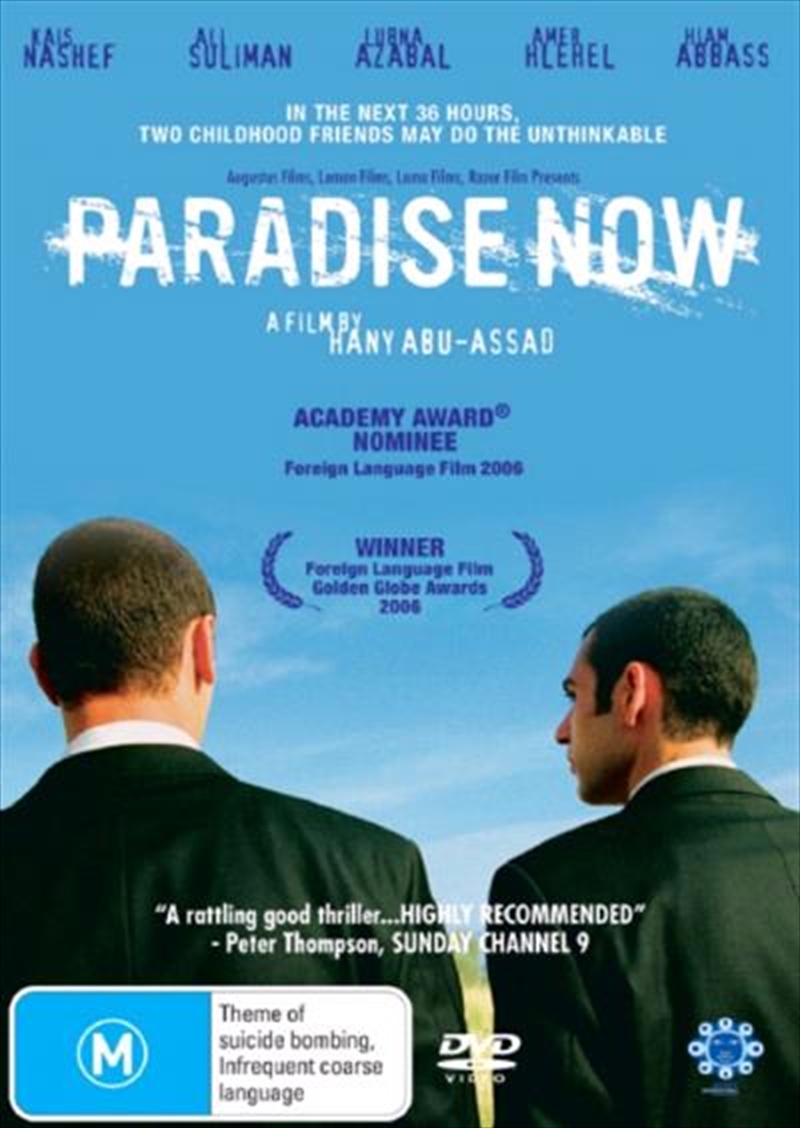 Friends since childhood, young Palestinians Khaled and Said are recruited to carry out a suicide bombing in Tel Aviv. After a last night with their families without being allowed to say goodbye, they are taken to the border with bombs strapped to their bodies. However, the operation doesn't go as planned and they lose track of each other. Separated, they have to face their destiny and their own convictions...
Shot in Nablus, the movie provides a valuable insight into the ordinary lives of people in desperate circumstances. It explores the legitimate reasons to oppose occupation, but it never condones the taking of life and gives a balanced viewpoint on the complexities of the Israeli/Palestinian conflict.