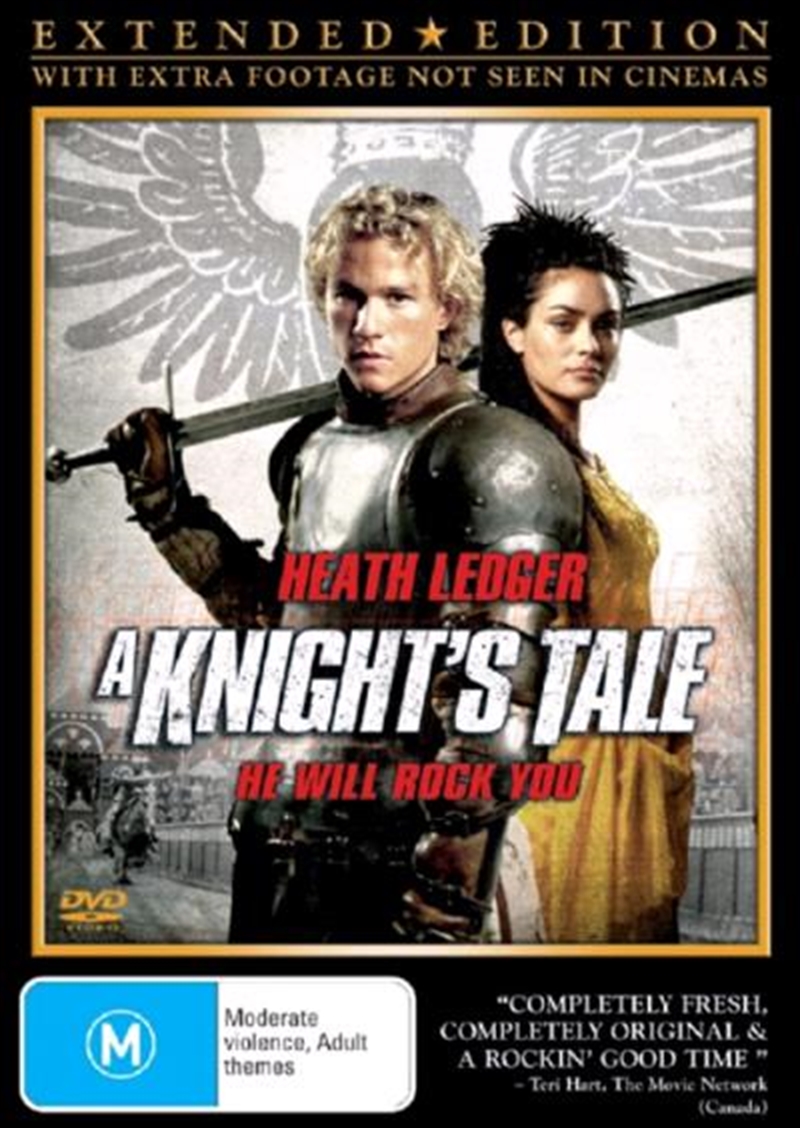 Shipping - See delivery options.
Postcode:
Quantity:
SEE MORE IN:
3 for $20 Movies & More
DESCRIPTION
From peasant to knight; one man can change his stars

The spirit of films like Braveheart and Gladiator collide with today's hottest young stars as Australia's Heath Ledger rocks you in this action-packed, rags-to-riches medieval adventure.
Ledger is William Thatcher, a peasant with dreams of champion jousting. When the opportunity strikes for him to feign royal descent and compete in the famed sport, he discovers the thrill of winning, the glory of knighthood, the love of a forbidden maiden and terrible danger in the form of the vile Count Adhemar (played by Rufus Sewell from Dark City).
With a funky modern take on medieval times, a great soundtrack and the best of today's fresh young talent, you'll find all the fun, suspense and adventure you need in A Knight's Tale.
TRAILER
DETAILS