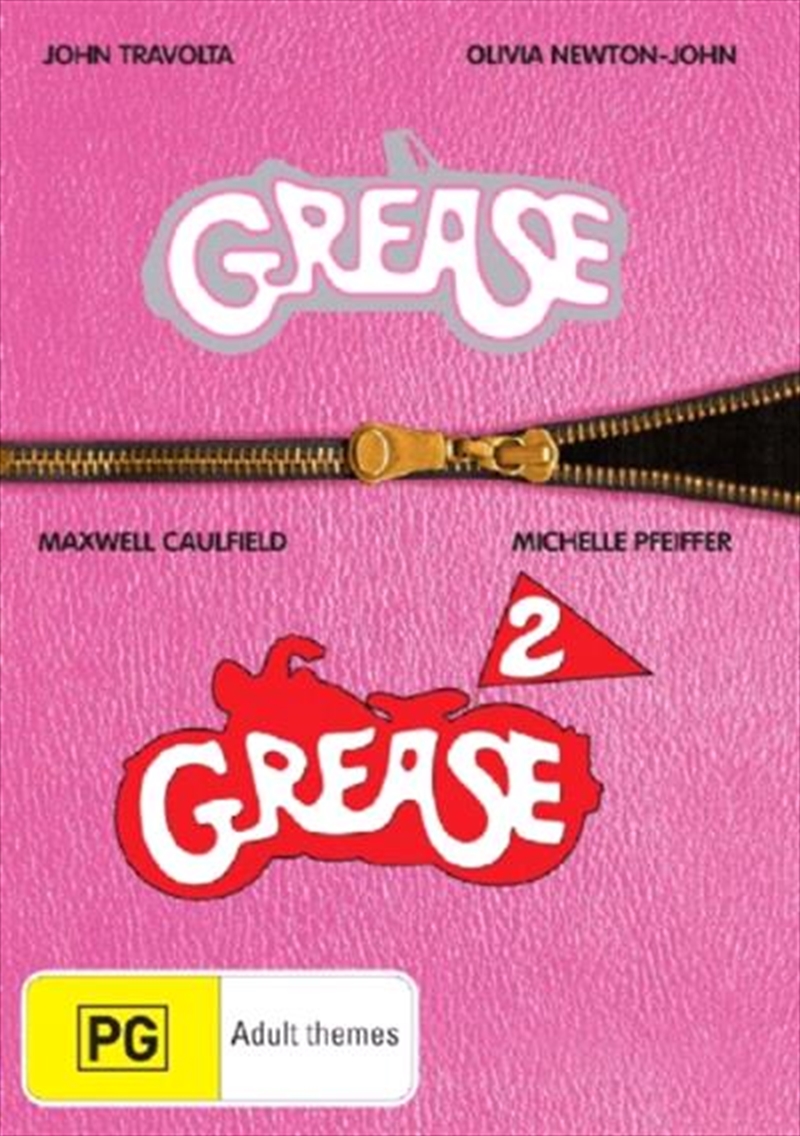 Shipping - See delivery options.
Postcode:
Quantity:
SEE MORE IN:
Grease Olivia Newton John Movies & TV Clearance Boxset Clearance Movie Clearance Sale Movies & TV Under $10
Grease (1978) John Travolta solidified his position as the most versatile and magnetic screen presence of the decade in this film version of the smash hit play Grease. Recording star Olivia Newton-John made her American film debut as Sandy, Travolta's nave love interest. The impressive supporting cast reads like a "who's who" in this quintessential musical about the fabulous '50s. Grease is not just a nostalgic look at a simpler decade - it's an energetic and exciting musical homage to the age of rock 'n' roll.Grease 2 (1982) Many familiar faces from the smash hit Grease return to the campus and the new ones are equally memorable in this happy tribute to straight skirts, chick-chasing, and young love. It's 1961, two years after the original Grease gang graduated from Rydell High, and there's a new crop of seniors. The Pink Ladies and the T-Birds are still the epitome of cool, except that over the summer, something's happened to Stephanie (Michelle Pfeiffer), the sorority leader. She feels she's outgrown Johnny (Adrian Zmed) the head T-Bird, and is looking for a new love - one who's even more cool, and whose bike is even hotter. Meanwhile newcomer Mich'l (Maxwell Caulfield) is smitten with Stephanie, who won't even notice him. The conflict is on and the Rydell High fun takes off to new heights