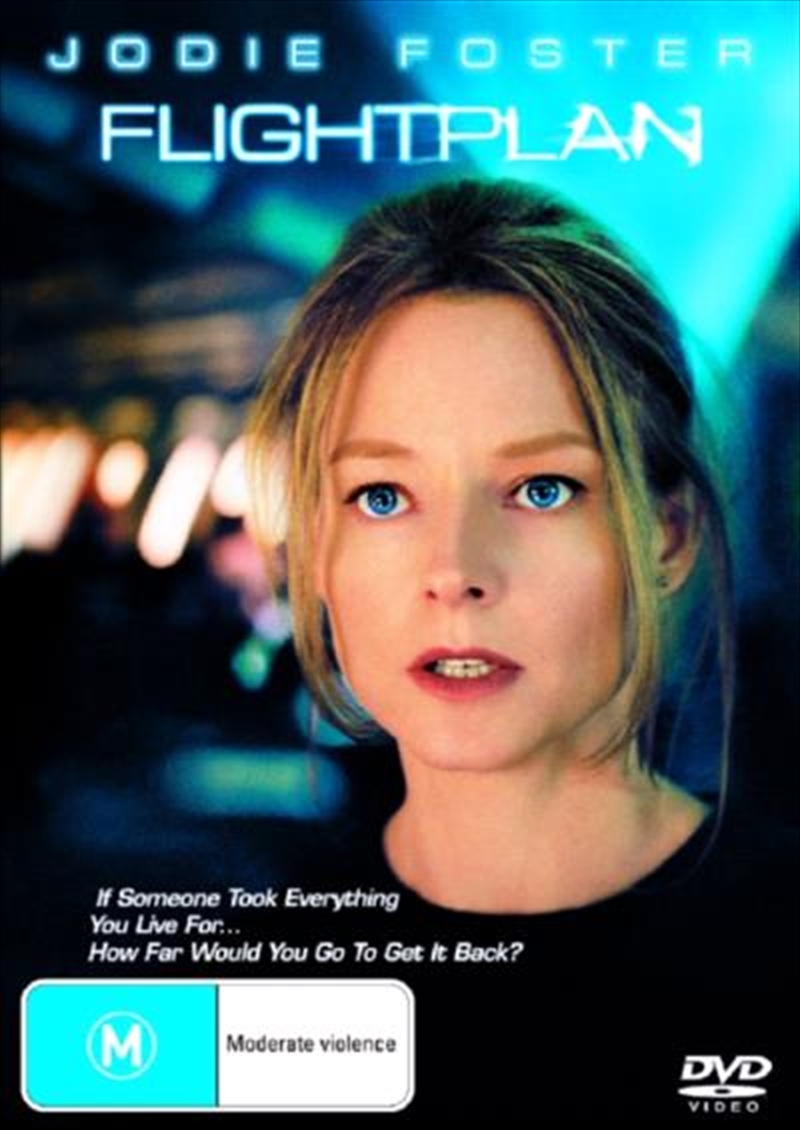 Shipping - See delivery options.
Postcode:
Quantity:
SEE MORE IN:
3 for $30 Movies & More
If Someone Took Everything You Live For... How Far Would You Go To Get It Back?

From Academy Award winning producer Brian Grazer (A Beautiful Mind, 8 Mile, Ransom) Flightplan stars Jodie Foster (Panic Room, Silence Of The Lambs), Peter Sarsgaard (Kinsey, Garden State and Shattered Glass), Sean Bean (The Lord Of The Rings, National Treasure), Erika Christensen (Traffic) and Australian actress Kate Behan (Chopper, Matrix Revolutions). Jodie Foster is Kyle Pratt, an aircraft designer who with her young daughter is returning to the US from Berlin to bury her late husband. On waking from a much-needed nap, Kyle realises to her horror that six-year-old Julia is missing. Initially thinking Julie may have wandered off, she enlists the help of the in-flight staff, the sympathetic Fiona, (Erika Christensen) a rookie on only her second international flight and the suspicious more senior Stephanie (Kate Beahan). Mild panic turns to full-scale hysteria when after an exhaustive search Julia is nowhere to be found. When it emerges that Julia was never even registered as a passenger on the flight and no one on board can confirm that they had seen her, the passengers are left wondering if this is all a figment of Kyle's strained state of mind. While Airline Captain Rich (Sean Bean) and Air Marshal Gene Carson (Peter Sarsgaard), in charge of safety, don't want to doubt Kyle's insistent claim that her daughter has vanished, all evidence points to the fact that Julie was never on board. As paranoia and doubt mount among the passengers, Kyles credibility and sanity are called to question and she is drawn into a complex web of mystery, treachery and perceived conspiracy that take her to the very depth of maternal tenacity. Flightplan mixes human emotions and ethical dilemmas in the enclosed realm of an aeroplane where, in today's world, isolation, fright, and suspicion are already heightened to the max. Although the story was developed before 9/11, Flightplan reflects the new era of travel, one that's filled with uncertainty and the themes of paranoia an