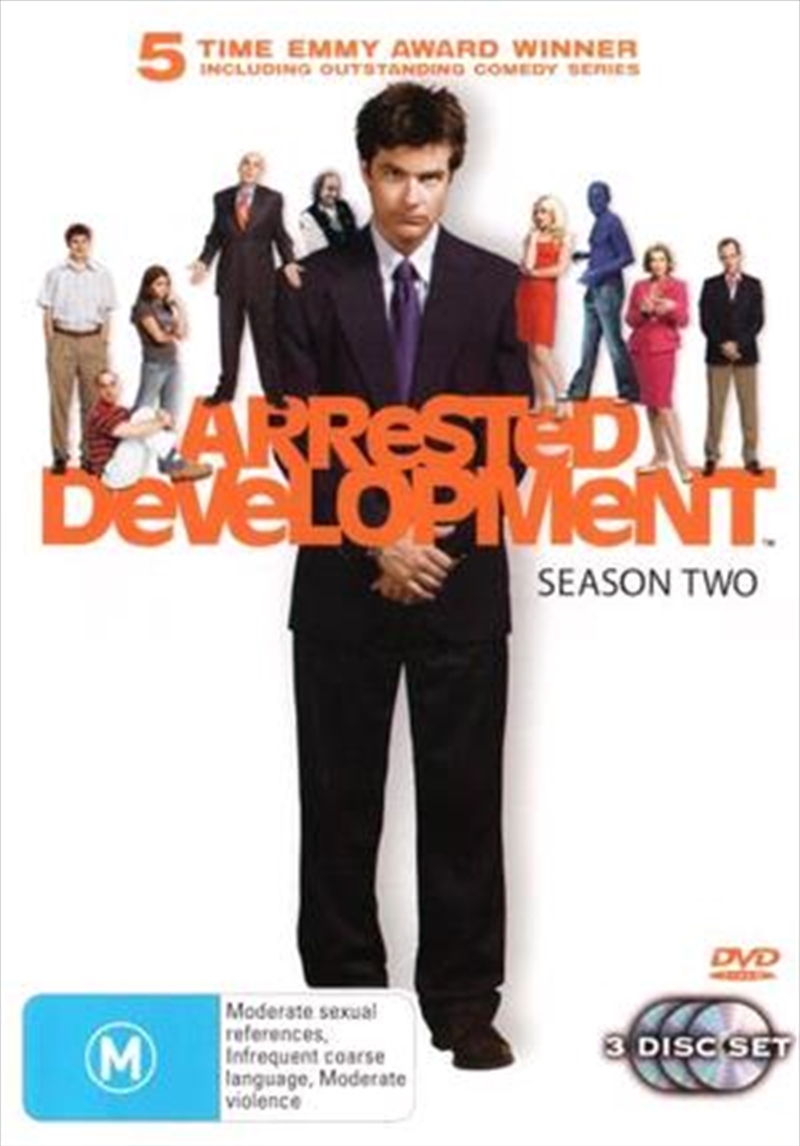 In this Emmy winning comedys hilarious second season Michael Bluth once again determines to be free of his dysfunctional family packs up the car and his son George Michael and heads for Arizona. But hes soon pulled over by the police who tell him that his father George Sr has broken out of prison. Due to the companys shady business deal with Iraq Michael could face prison time so he returns home to clear his name even as George Sr secretly flees to Mexico Tobias decides to be an understudy for the Blue Man Group and Lucille begins a torrid affair with her husbands twin brother Oscar.
TRAILER
DETAILS

Subtitles: English for the Hearing Impaired :