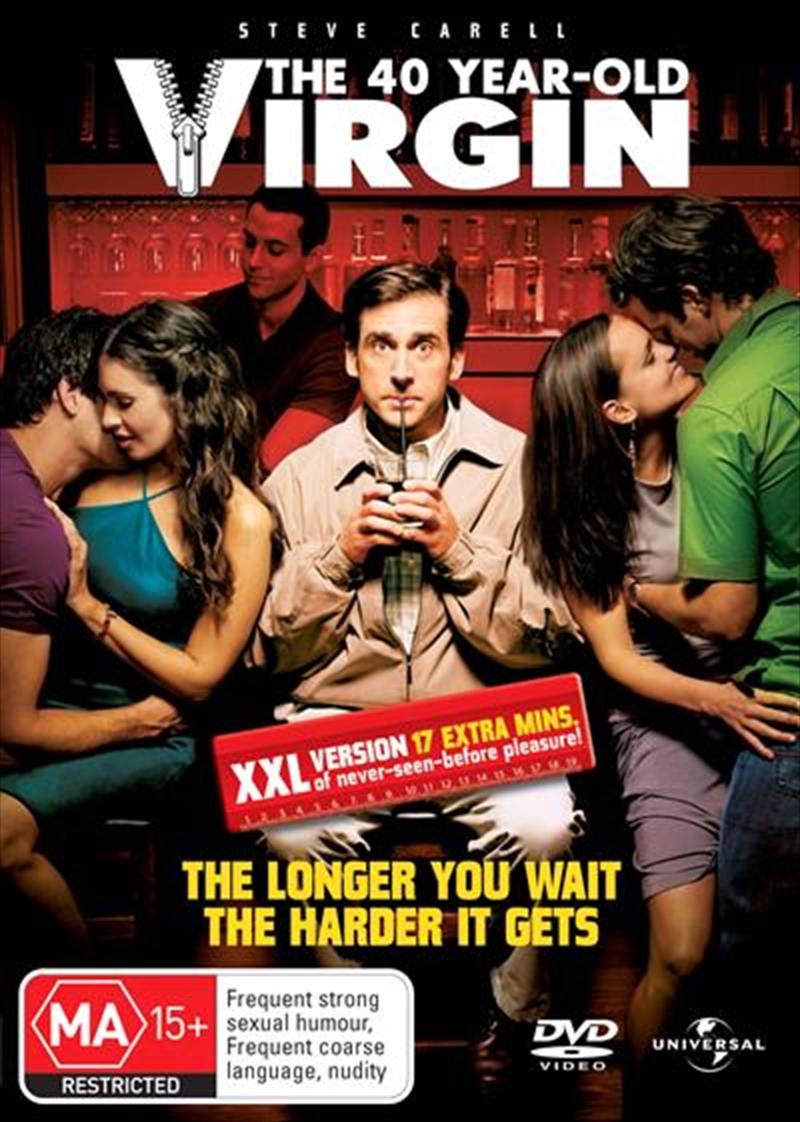 Andy Stitzer has a nice life complete with an action figure collection and a cushy job at an electronics store. But the only thing is, he's a 40 year old virgin who has just fallen in love with a woman, who doesn't want sex in the relationship. See '40 Year Old Virgin, The (2005) / Anchorman - The Legend Of Ron Burgundy (2004)'.