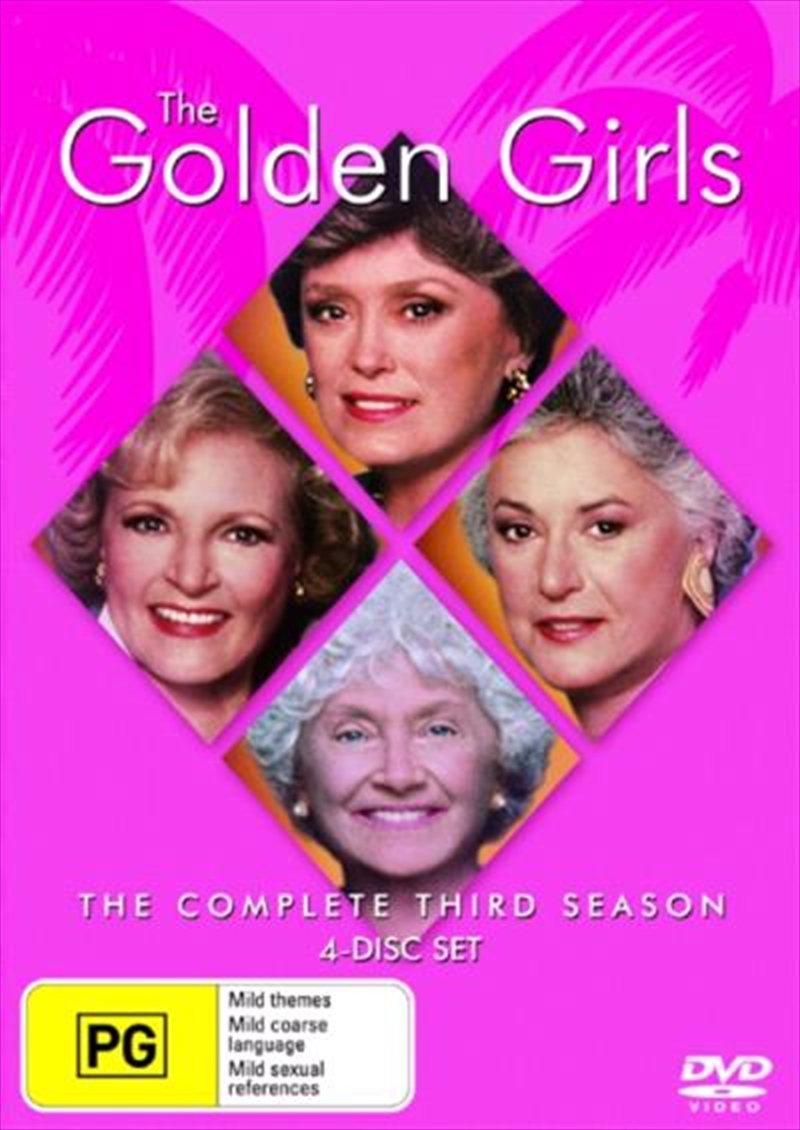 Your favourite young-at-heart women return for another helping of laughter, misadventures and cheesecake in the third season of one of television's most highly acclaimed sitcoms ever, The Golden Girls . Dorothy, Sophia, Rose and Blanche are the four mismatched housemates living together in Miami . While these very different women don't always get along, deep down they really love each other. A perennial award winner, this laugh-filled season garnered three Emmy ® Awards and a Golden Globe ® . Now you can enjoy all 25 episodes from this unforgettable year on this complete DVD set. Included is the original and unedited "Golden Moments" episode where the girls reminisce about their times together. It's proof positive that good comedy never grows old.