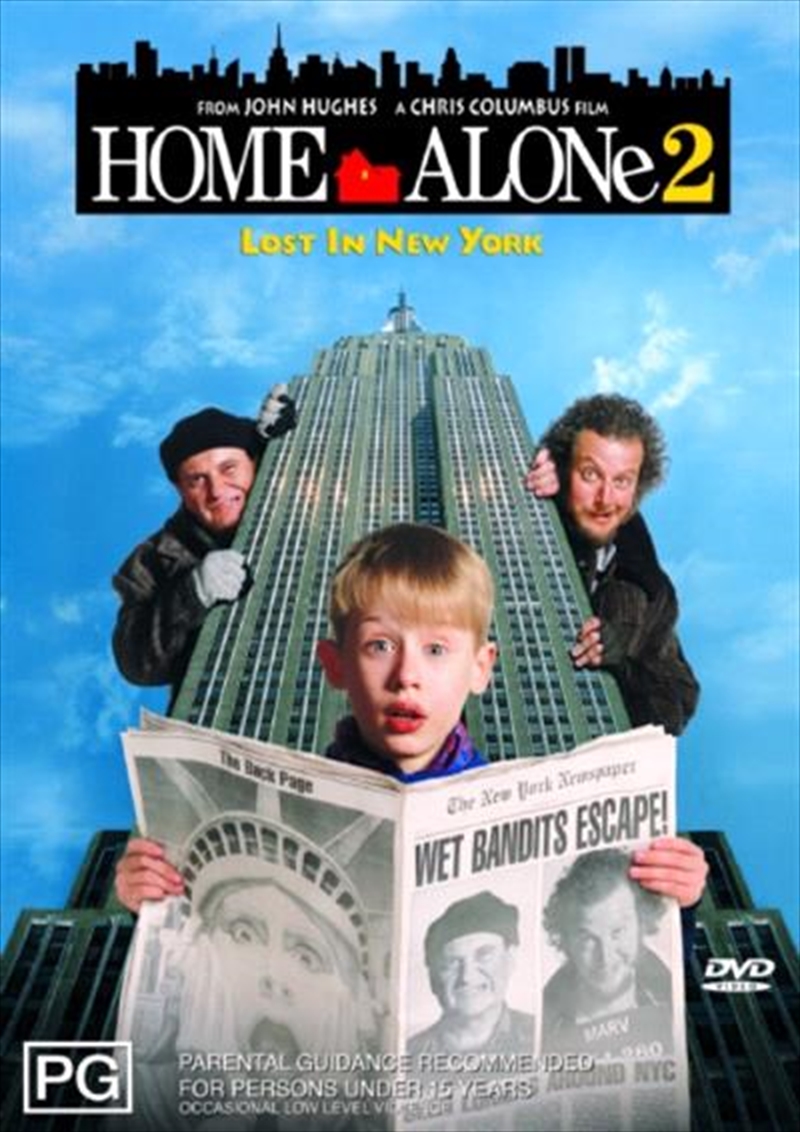 Kevin McCallister (Macaulay Culkin) is back! But this time he's in New York City - with enough cash and credit cards to turn the Big Apple into his own playground! But Kevin won't be alone for long. The notorious Wet Bandits, Harry and Marv (Joe Pesci and Daniel Stern), still smarting from their last encounter with Kevin, are bound for New York too, plotting a huge holiday heist. Kevin's ready to welcome them with a battery of booby traps the bumbling bandits will never forget.