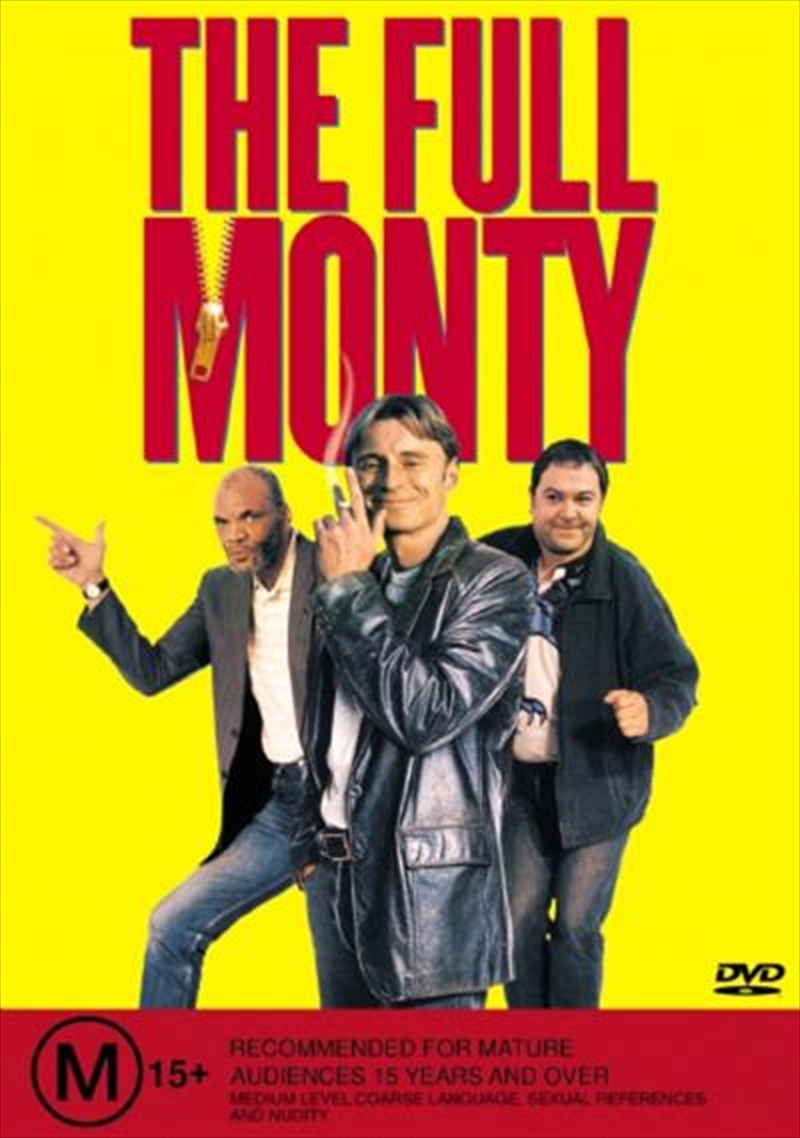 Shipping - See delivery options.
Postcode:
Quantity:
SEE MORE IN:
3 for $20 Movies & More
Six men. With nothing to lose. Who dare to go....

Six unemployed men, inspired by a touring group of male strippers, decide they can make a small fortune by putting on a striptease show of their own - but with one small difference. They intend to go the "full monty" and strip completely naked! In this hilarious, heartfelt comedy, these six friends discover the inner strength to bare it all in front of the world. This "enchantingly funny... crowd-pleasing" comedy (David Ansen, NEWSWEEK) features the music of Donna Summer, Sister Sledge and Tom Jones.