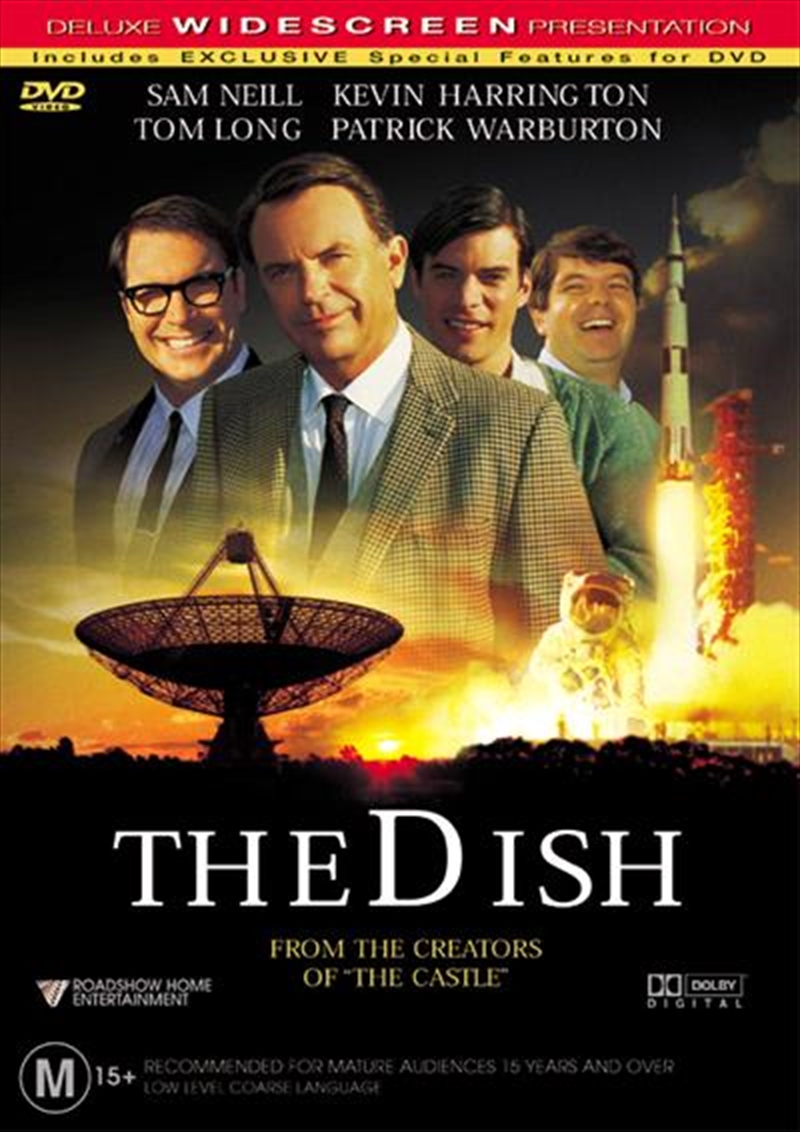 Shipping - See delivery options.
Postcode:
Quantity:
SEE MORE IN:
4 for $50 DVD, Blu-ray & More Cant Seem To Stream
DESCRIPTION
A comedy, "The Dish" tells the true story of a group of Australian scientists manning a remote satellite dish who, much to NASA's concern, are the only hope for receiving the historic images of Man's first steps on the Moon. With help from a colorful cast of local characters, the Dish's crew struggles to overcome a series of mishaps to play a part in one of Mankind's greatest triumphs.
TRAILER
DETAILS